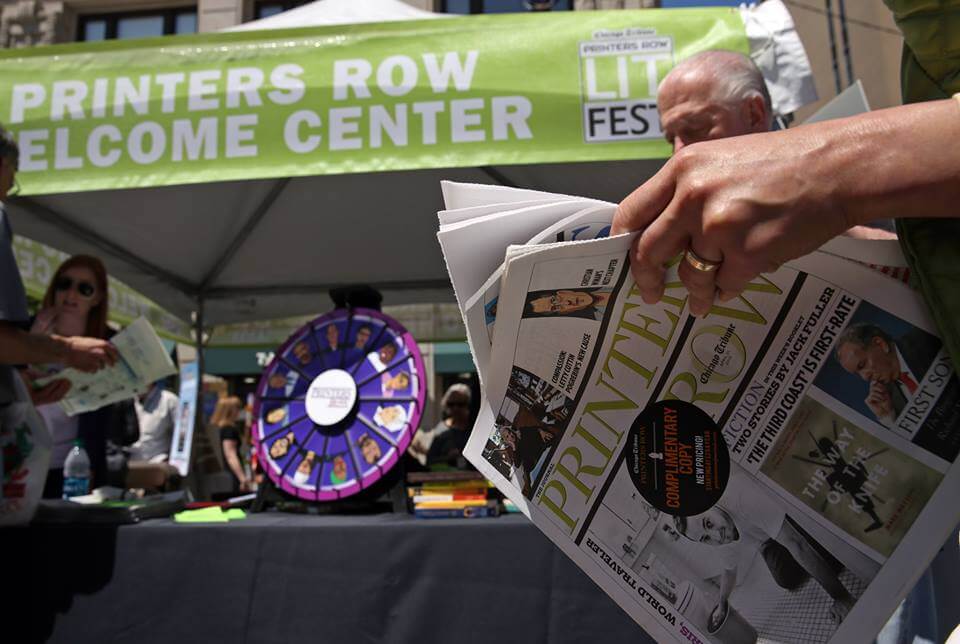 Printer’s Row Lit Fest kicks off its 33rd year Saturday, June 10 and Sunday, June 11, from 10:00 a.m. to 6:00 p.m. Most events are free, although, for events at which high attendance is expected (such as Mayte Garcia), attendees should pre-register for a free ticket, which guarantees entry. The link for tickets is here.

The Printers Row Lit Fest was founded in 1985 by the Near South Planning Board to attract visitors to the Printers Row neighborhood (once the city’s bookmaking hub). By 2002, it had grown to five city blocks (South Dearborn Street from Harrison to Polk, Harold Washington Library Center and Jones College Prep High School), attracting more than 100 booksellers from across the country displaying new, used and antiquarian books and featuring more than 200 authors participating in panels, discussions and a variety of other programs.

As part of its ongoing commitment to the written word and its support of literacy and literary endeavor, the Chicago Tribune purchased the Printers Row Book Fair in 2002 from the Near South Planning Board. Recently renamed to be the Printers Row Lit Fest, it is considered the largest free outdoor literary event in the Midwest-drawing more than 125,000 book lovers to the two-day showcase.

The Printer’s Row Lit Fest is considered the largest free outdoor literary event in the Midwest. The annual festival draws more than 125,000 book lovers to the two-day showcase.