Making Movies To Release “I Am Another You”

American rock and roll band Making Movies will release their second LP, I Am Another You, on May 26. The artistically ambitious and politically charged bilingual follow up to 2014’s A La Deriva was produced by Steve Berlin of Los Lobos and features guest appearances by Tennis, Hurray for the Riff Raff and Ozomatli.

The band’s strong lyricism is complemented by their deftness to move between musical styles, from Afro-Latino rhythms and breezy cumbia beats to psychedelic rock riffs and more. The band offered a first glimpse of the project with “Brave Enough” featuring Hurray for the Riff Raff and Tennis’ Alaina Moore. Eerie guitar lines slice through Latin beats and expertly placed booming bass on the new album cut “Spinning Out”. The “Spinning Out” video premiered with BrooklynVegan and is available to post/share HERE!

Making Movies was formed in Kansas City in 2009 by singer/guitarist Enrique Chi and his brother, bassist Diego Chi, currently joined by percussionist Juan-Carlos Chaurand and his brother, drummer Andres Chaurand. Founding drummer Brendan Culp is featured in the “Spinning Out” video. Enrique and Diego grew up in Panama listening to classic rock from their Papá’s collection and the traditional sounds of salsa, merengue, and cumbia that their Mama loved to dance to. Making Movies thought for a while that their new album I Am Another You was cursed. Finishing the 20-track record got so complicated that supernatural interference started to seem like a legitimate possibility. Produced by Steve Berlin of Los Lobos, it’s a bold mix of sounds: psychedelia, experimental rock, son Cubano, cumbia and various rhythms descended from Yoruba music, an African tradition that slaves carried to the New World as part of religious rites that evolved into Santería. Clearly, Making Movies was messing with some powerful juju. 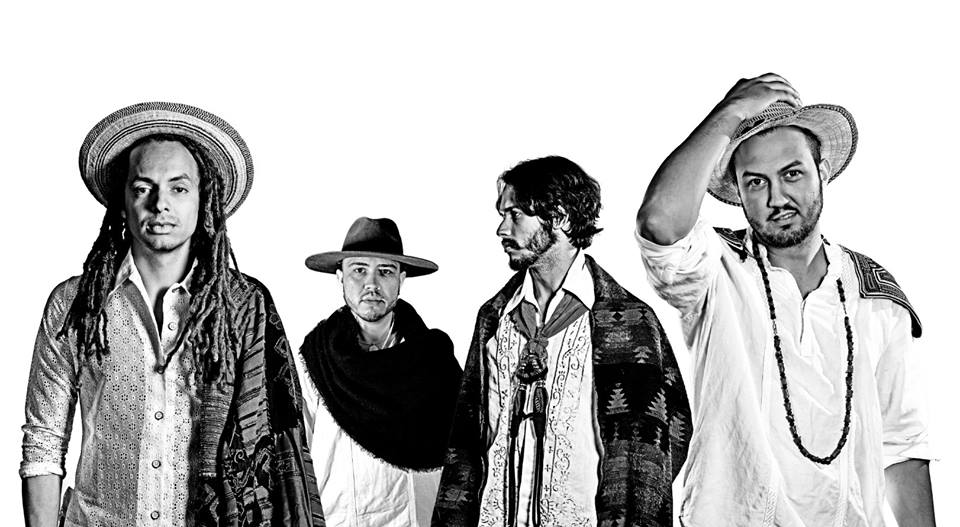 The members of Making Movies are socially active both inside and outside of the band. In 2012, they established M.U.S.I.C.A., a summer music camp in Kansas City for low-income students from immigrant families. Partnering with local nonprofit, the Mattie Rhodes Center, in July of 2016 the band completed a successful fifth year of the music camp and in 2017, will be launching their own nonprofit program titled, Art As Mentorship.

The quartet just kicked off a national tour. Dates below…