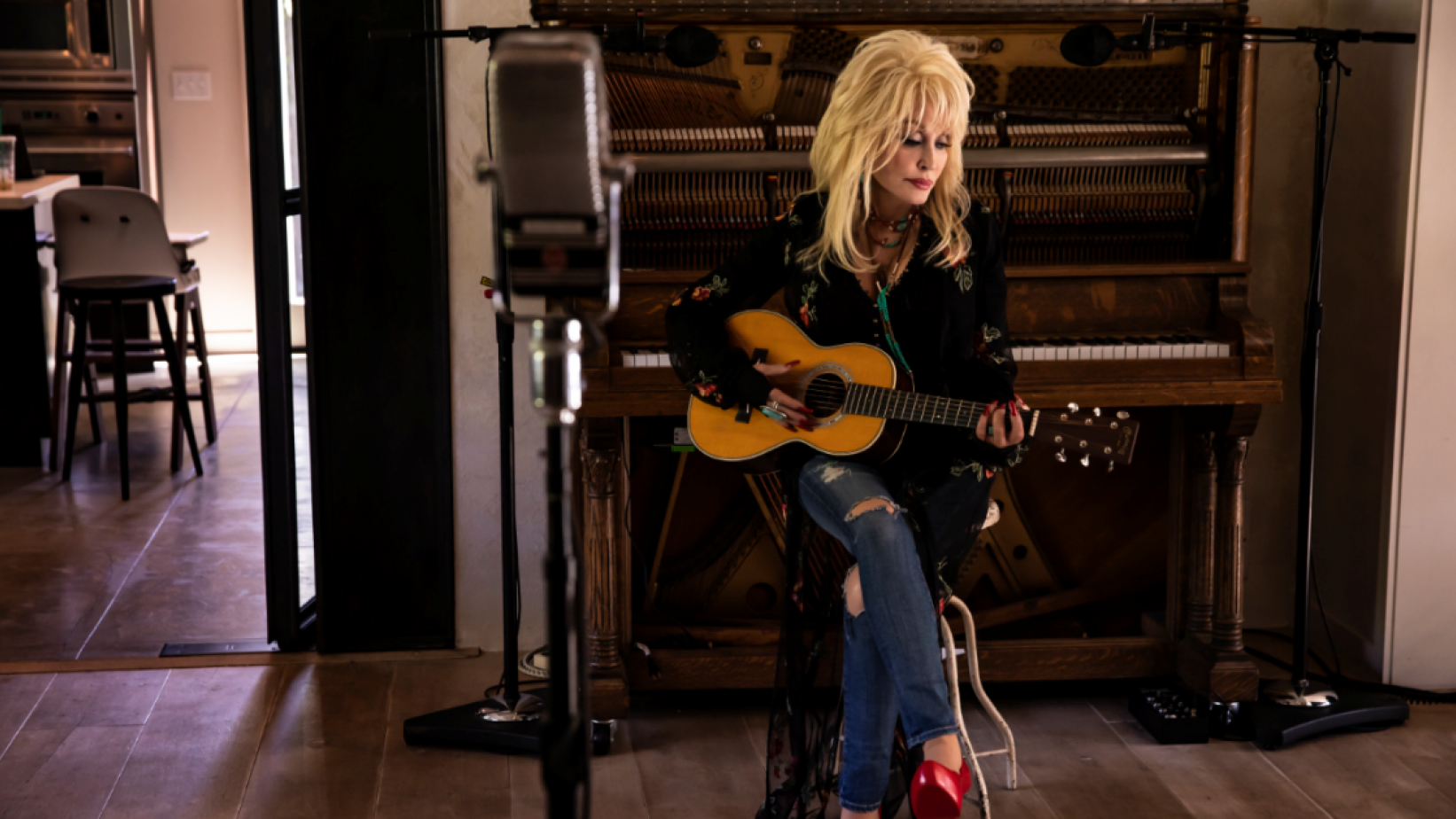 These days, Dolly Parton seems to be everywhere.

Last December, Netflix premiered Dumplin‘, directed by Anne Fletcher and starring Jennifer Aniston and Danielle Macdonald. Throughout, wisdom bequeathed from Dolly Parton–Queen of the Earth–guides characters through hard times. They quote her lyrics like scripture and stop to wonder “What would Dolly do?”. Sadly, “Backwoods Barbie” doesn’t make a cameo, but it isn’t really necessary. The whole movie is a gigantic tribute to her legacy. 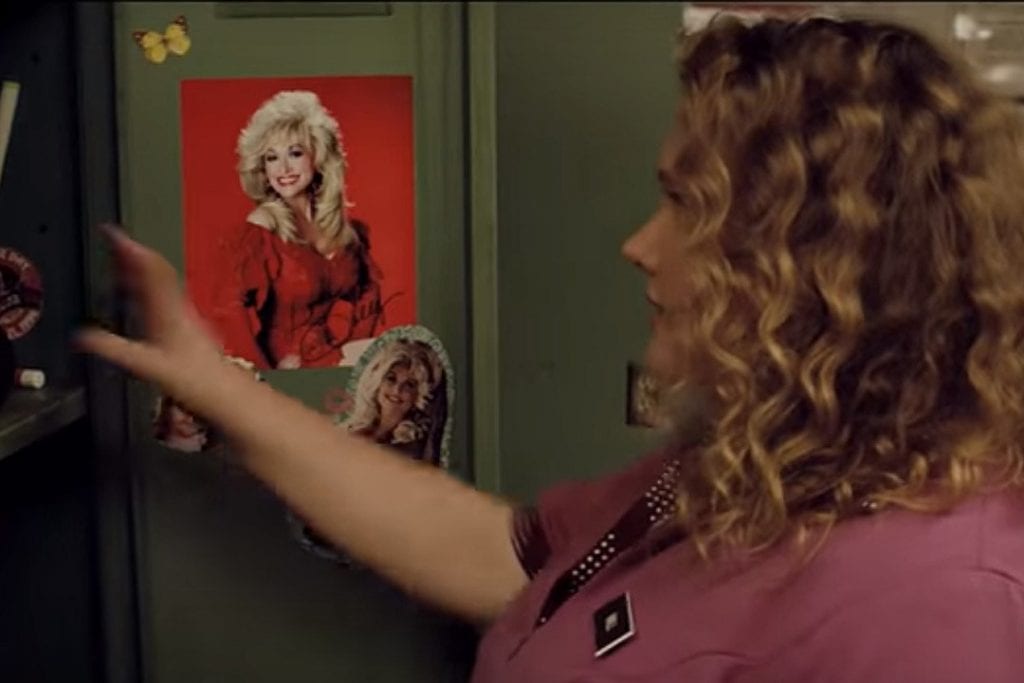 Moreover, the soundtrack is packed with classics (like “Two Doors Down” or“9 to 5”), original new songs like “Girl in the Movies” as well as re-recordings of some old gems—like my personal favorite “Jolene”—bolstered by guest artists such as Sia, Alison Krauss and Mavis Staples.

But that’s not all. “What Would Dolly Do?” Is also the name of a new playlist curated by Parton in partnership with Apple Music. A new exhibition at L.A.’s Grammy Museum called “Diamond in a Rhinestone World: The Costumes of Dolly Parton” will be open to the public until March 17th. Parton has been named the 2019 MusiCares Person of the Year and will be honored by artists such as Pink and Chris Stapleton.

And now, it has just been announced that the 61st Grammy Awards will have an all-star tribute in her honor featuring artists like Little Big Town, Kacey Musgraves, and Katy Perry. Parton will make her first appearance there since 2001 and will perform music from the Dumplin’ soundtrack. 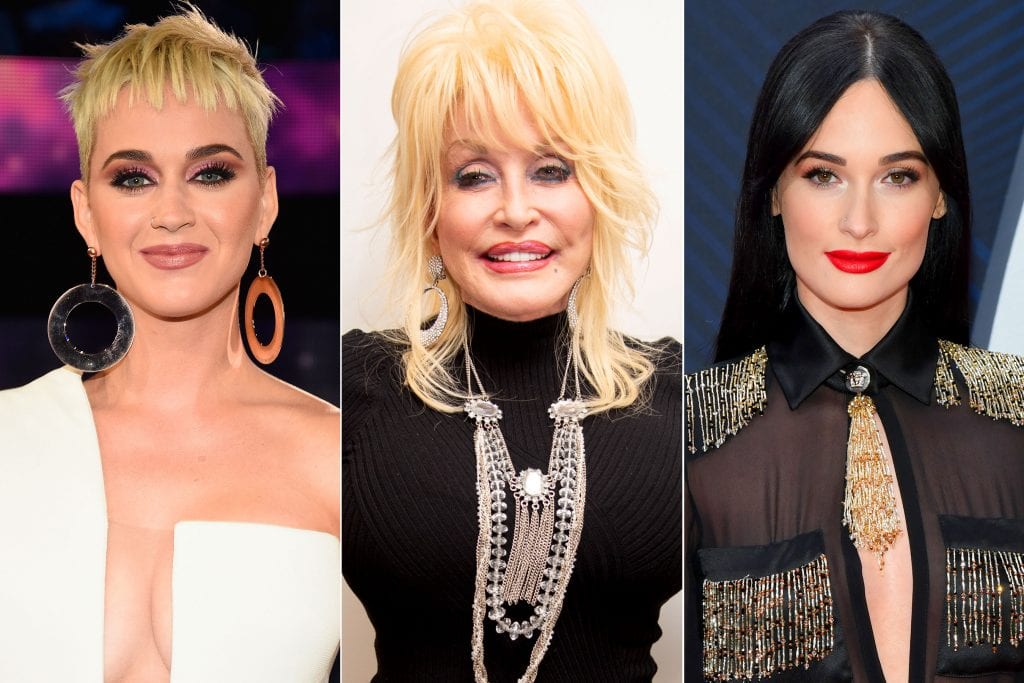 Full disclosure: I have two guitars signed by Dolly Parton named Barbie and Jolene. So objectivity, in this case, is out of the window. However, it’s a subjectivity I feel absolutely comfortable with. To declare that Dolly Parton is a living legend that has revolutionized the world of entertainment for decades is more a fact than an opinion. Very few artists have the numbers to confirm that.

Let’s do a quick review. Dolly Parton has composed more than 3,000 songs, including legendary hits like “I Will Always Love You” and “9 to 5”. She has 25 (RIAA)-certified gold, platinum and multi-platinum awards. She holds the record–along with Reba McEntire–of 25 songs reaching No. 1 on the Billboard country music charts. She holds the absolute record of having 41 top-10 country albums. She has 110 charted singles. She has won nine Grammy Awards and three American Music Awards. In 1999, she was inducted into the Country Hall of Fame. 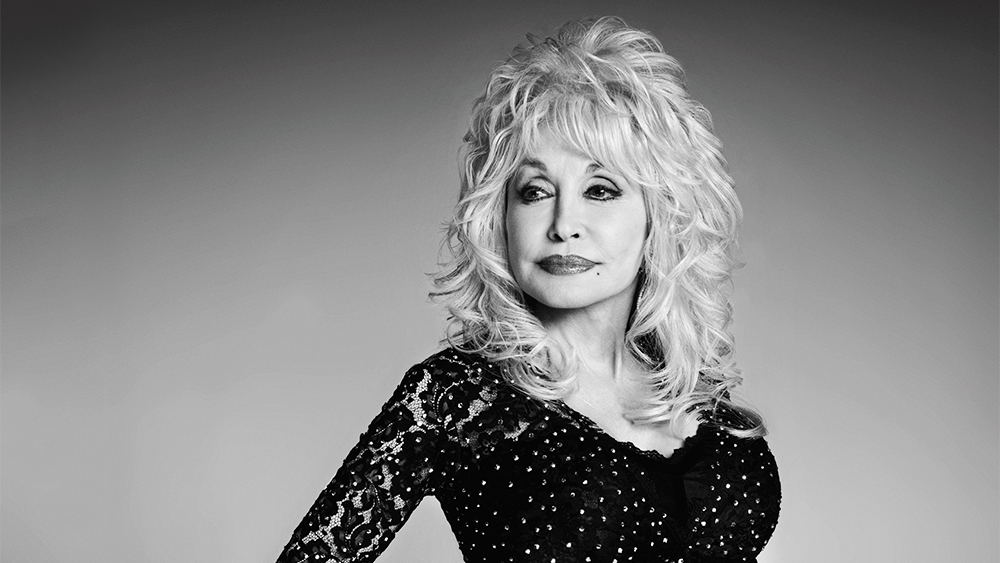 Dolly has also achieved success in her film career. Her roles in titles like The Best Little Whorehouse in Texas, 9 to 5 and Rhinestone received critical and audience acclaim.

So, in addition to praising the decision of the Grammy Awards to pay tribute to a legend, I can only say with the confidence and empowerment that comes from listening to Dolly, that it was long overdue.