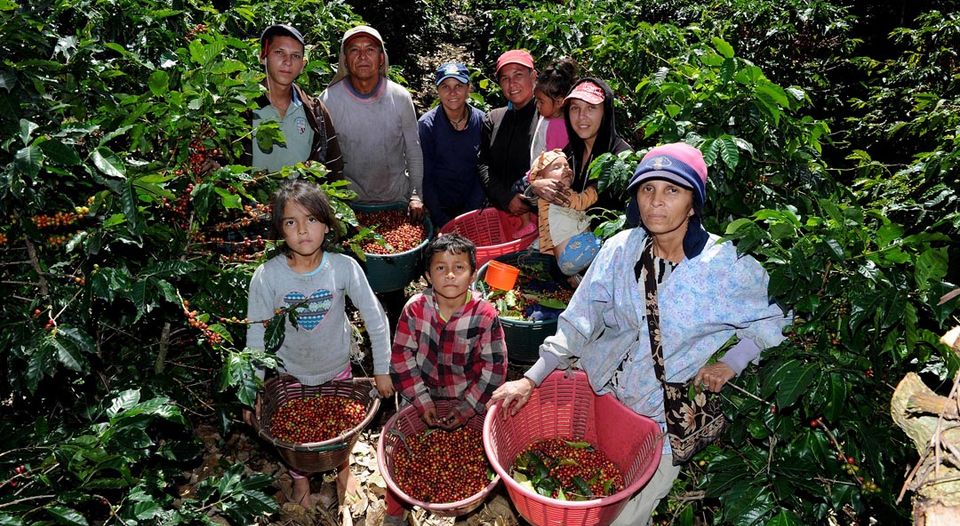 In January 2015, Fem Worldview Magazine published an article made by photojournalist Michele Zousmer entitled Children Of The Coffee. In it, Zousmer showed the harsh conditions of child labor of the indigenous Ngäbe children in Central America, specifically Costa Rica. The piece also focused on the invaluable work of Dr. Pablo Ortiz, who for almost 30 years has served as a kind of guardian angel of these exploited children.

The stunning photographs quickly went viral, and the article forcing to economic and social implications, resulting in the government of Costa Rica recognizing the issue and taking action.

The story ended up inspiring Academy and Emmy Award-winning producer Gray Frederickson (The Godfather, Apocalypse Now) and producer Roy Hahn to expand the story in the form of a documentary film titled just like the original article.

The documentary, filmed throughout 2018, is already in the promotion and exhibition phase. Children Of The Coffee will be part of the 2019 Palm Springs International Shortfest.

One of the talents involved in this documentary is the multi-award-winning singer/songwriter Carol Connors, better known as the mind behind Academy Award Nominee for Best Original song Gonna Fly Now (AKA Theme From Rocky). Connors collaborated with the creation of the original song The Children Are Comin’-Let The Magic Begin.

Carol Connors is one of the pioneering female voices in the world of music for film and TV. She has been recognized with several nominations for the most important awards, including the Academy Awards (twice!) and Golden Globes.

As a part of the activities inspired by the documentary, Carol Connors, along with FAR OUT KIDS and Roma Boots’ Samuel Bistrian will be traveling to Coto Brus and La Hilda Estates (Costa Rica) to deliver rubber boots and clean water systems to the indigenous Ngäbe people.

We had the opportunity to sit down with CC to talk about her creative process and her involvement in the documentary.

IM: How did you get involved with the documentary Children of the Coffee?

CC: My dear friend of many years—producer Roy Hahn—was doing this marvelous documentary about poor native children in Costa Rica and Panama. He reached out to me and showed me some of the pictures and video, and my heart melted.

In the late “90’s”, Roy had a luxury magazine called “the ONE” and asked me to write a song about it because, as you may know, I wrote the theme song for Robin Leach’s Lifestyles of the Rich and Famous, so it was a perfect fit.

IM: Can you give us any insight into the music video you will be shooting in Costa Rica?

CC: Yes, it’s about child labor in Central America. It’s about how a marvelous doctor and a humanitarian photographer took a series of pictures of children and babies in the coffee fields under the harshest of conditions. Those pictures caused a small revolution in Costa Rica. European buyers were boycotting Costa Rica Coffee. As a result, labor conditions in the country went from one of the worst in the world to one of the best in all of Central America.

The music video is a microcosm of this story: There are children and toddlers working fields. They move out of the areas holding each other’s hands, and they are on a path that leads around a sweeping bend, heading toward Casas de la Alegría (Houses of Joy), which were built as a result of that small revolution.

IM: Please tell us about your creative process in writing the theme song The Children Are Comin’-Let The Magic Begin

CC: To be a good songwriter you must be a great listener. When you write for film or a specific situation, it’s a musical translation. Directors and producers know what they want, but it needs to be translated into music.

I take copious notes. I sift through. I ask myself: What is the meaning of the film? What do the producers want? I must get to the core. I must have laser beam clarity — Head, heart, and soul.

I often ask what do I do first when I write a song: The lyrics or the music? I do both, a thing not all songwriters do. It begins with a hook, a riff, a line or a musical progression. Once you have a hook, you can build and not in any order per se.

And when done great, you achieve a feeling of peace.

IM: How can a person find out more about this documentary and how to help in this issue?

CC: Go to FAROUTKIDS.ORG.  Look around, then click on DONATE. These kids desperately need rubber boots to keep parasites from entering their bloodstream and creating toxins that travel to their brains. It’s horrible.

CC: I’m excited to go to Costa Rica. I have never been there. Anyone that wants to go, we have an incredible travel package. You can see the making of the music video, and see Costa Rica as no one has ever seen it. Next week, I’m heading to Palm Springs to record the tracks to the song, with the Children’s Choir from the local high school. I’m so excited!

IM: What’s your secret to success?

For more information on how to help this cause, refer to the documentary GoFundMe page, where the filmmakers hope to raise at least their $5,000 primary goal. Donations will help supply rubber boots for the children. Among the benefits offered to donors are HD copies of the documentary, a copy of the official music video signed by Carol Connors and a trip to Costa Rica. 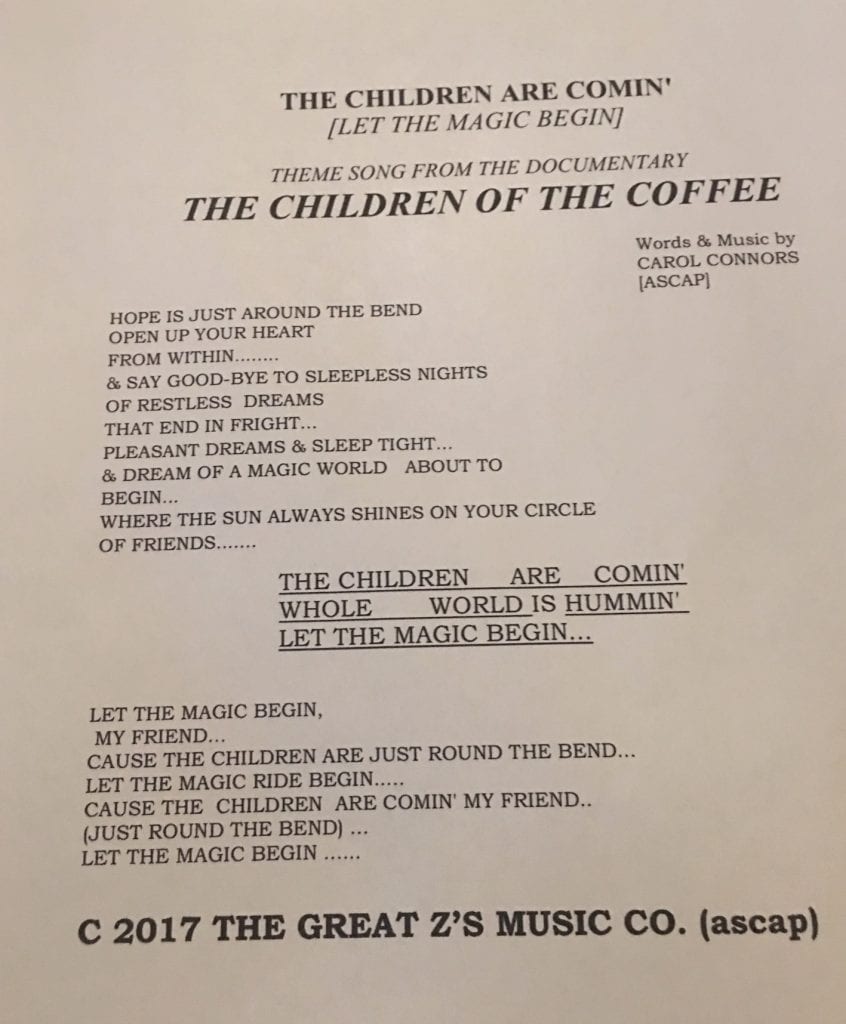