Election 2016: The Last Rumble Before the Vote 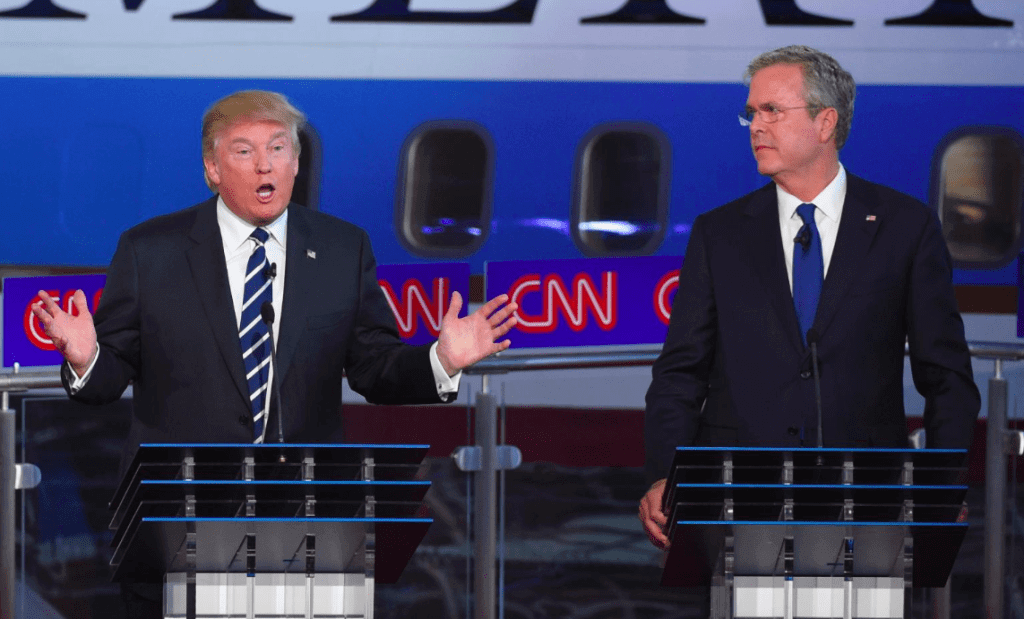 It’s nearly time. After months of campaigning and debating, the first primary contests of the 2016 election season are about to begin. On Feb. 1 Iowans will go to the caucuses, and on Feb. 9 New Hampshire will host the first primary vote. Less than two weeks after that, South Carolinians go to the polls. When the dust is settled from those three contests, there may be few contenders left standing.

On Thursday night, the candidates will have their last chance to make their case to the nation before voting begins. Despite some winnowing down thus far, including the demotion of Carly Fiorina and Rand Paul from the primetime debate stage, the Republican field remains quite packed. It should be an interesting night.

Here are three things to look for in the debate.

These two candidates have stood clear of each other by and large throughout the race so far. Ted Cruz has repeatedly opted not to take the bait from reporters to savage the real estate mogul, perhaps because he’s seen what doing so has done to other campaigns. It seems like anyone who picks a fight with Trump ends up falling in the polls while the businessman continues to rise.

Yet Thursday night may be different. Cruz leads Trump by a narrow margin in Iowa, the only early primary in which Trump is not dominating the polls. To secure victory, Cruz may finally find it necessary to unleash all the criticisms he’s no doubt been biting back.

For Trump’s own part, his tendency has been to go on the offensive against anyone who seems to be gaining in the polls. So far he has criticized Cruz a few times but has yet to give him the full Donald Trump verbal assault. Trump hates losers more than anything. He won’t let himself become one without a fight.

Expects sparks and vitriol to fly between these two as they vie for momentum in Iowa.

Battle of the Moderates

While Ted Cruz has ascended to the status of chief far-right conservative in the field (thanks in part to the collapse of support for Ben Carson and Carly Fiorina), the moderate Republicans remain fractured and divided. Marco Rubio leads this group currently, but Chris Christie, Jeb Bush, and John Kasich all have bases of support.

But these moderates are not just fighting for a similar slice of the electorate. They all also have the same strategy for the primaries, namely to score a win or near-win in New Hampshire. Without a strong showing there, their presidential hopes are shot.

At this last debate, we can expect the moderate candidates to go after each other and to try to establish themselves as the preeminent candidate of their faction. That may prove hard to do and, even if one soars in the debate, they may end up bleeding each other to the benefit of the more extreme Trump and Cruz.

While some candidates are fighting to win, others are fighting just to stay alive in the race. Ben Carson, once a frontrunner, has collapsed thanks in large part to his failure to demonstrate even limited understanding of foreign policy issues. The doctor’s campaign is now on life support. Unless he can shine in the debate, his star will continue to fade in favor of Trump and Cruz. Look out for aggressive argument than we’ve come to expect from the retired neurosurgeon.

Carly Fiorina and Rand Paul, now out of the primetime spotlight, also face a life-or-death struggle. Paul has said he will not attend the debate if he has to speak in the undercard. In all likelihood, that will mean he’s also out of the race for good.

For Fiorina, the undercard debate is familiar territory. She was in the early round during the very first debate, but a stand-out performance pushed her onto the main stage. Whether she can pull the same trick is an open question. After the first spike in support, her debate performances have shown diminishing returns. Yet Fiorina has shown herself to be a very capable debater. She will likely try to seize control of the debate like she did last time. If she can, she may be able to keep her campaign afloat for a while longer.