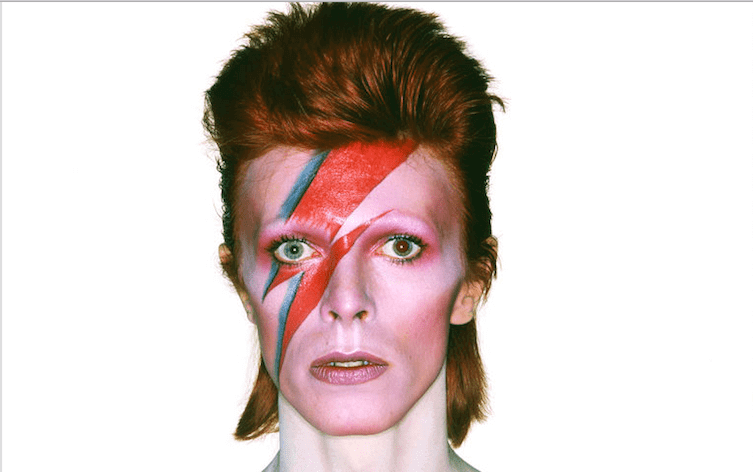 It was my birthday and I happened to be awake on an eerily cold Chicago morning when the news broke that David Bowie had passed away. For a few minutes, the world stood still as the news sank in. “But… he… just…” and I couldn’t go on. I shrank in sadness, hugging my boyfriend. We each got lost in the memories of Bowie’s presence throughout our lives.

My mind raced back to a childhood growing up in Chicago in the 70s. I remember the sounds of disco, punk and my mother’s romantic collection of Latin ballads on vinyl. I remembered bundling up as winter approached and heading out to Maxwell Street for the Sunday flea market or ‘la Garra’ and ‘la purga’ as we knew it at home. 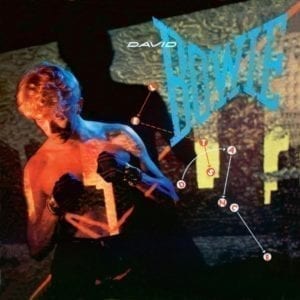 For my father, this colorful market of odds and ends was the place to buy tools,  as well as socks in bulk. For me, it meant an escape from ‘everyday normal’ and watching blues musicians jamming together on some random corner near vendor tables. I also remember it as the place I heard Let’s Dance for the first time. It played over and over from different little radios and boom boxes as I walked throughout the market. I didn’t know who was singing but I knew I liked it. It sounded mysterious to me and it gave me butterflies. Ha! Go ahead, you can laugh at me. I’m laughing, too. 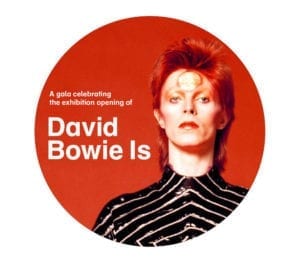 My curiosity didn’t go beyond assiduously listening to the song every time it played. It wasn’t until later, as a pre-teen in the early 80s, when I ran into the cover of Pin-Ups, that I would figure out that my mini-crash was for this half-naked individual staring at me with the rarest eyes I’d ever seen. His strange mullet was a beautiful shade of red and he wore a mask, flawless makeup on point. He was feminine and wore it well.

When I saw him on television during MTV’s Video Music Awards my heart melted and that was the end of me. He sang Blue Jean and I was mesmerized by this new version of who I had only associated with red-mullet-Bowie. He was totally cool. I became a fan knowing he was a musical chameleon, unafraid to explore the layers of realms in music, art, fashion, and humanity.

He dotted my musical journey through new wave, electronica, punk, and rock. He was always a whisper in my ear and appeared where I least expected. 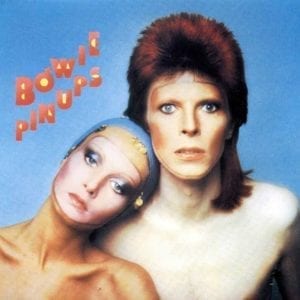 Most recently, I had another opportunity to immerse myself in Bowie at the David Bowie IS exhibit at the MCA, Chicago. Aladdin Sane is the online project’s main image and every time I saw it, I was reminded of how alarmed I was the first time I saw it. I was caught between fascination and shock, curiosity and fear. He defined my understanding of magnetism.

The exhibit was as enchanting as the Thin White Duke himself. We were given the opportunity to take in so many of his life’s defining moments including his years as a teenager in the 50s. We saw more than sixty stage costumes including the Ziggy Stardust bodysuit, the Kansai Yamamoto creation for his Aladdin Sane tour, and the Alexander McQueen coat he wore on the cover of Earthling. There were countless photographs, concert set models, film excerpts and so much more. It was surreal, engrossing…just like Bowie.

Although the sadness of his passing prevails, Bowie is still here with me, with us. Through thousands of memories being posted from so many fans around the world to the tributes on radio, television, and beyond, it’s clear to see the impact he had on so many of us. He was truly an artistic phenomenon.

Blackstar is David Bowie’s last gift to the world. His 28th studio album was released on his birthday, just a few days before his passing.

Thank you, Mr. Bowie. You were are everything.