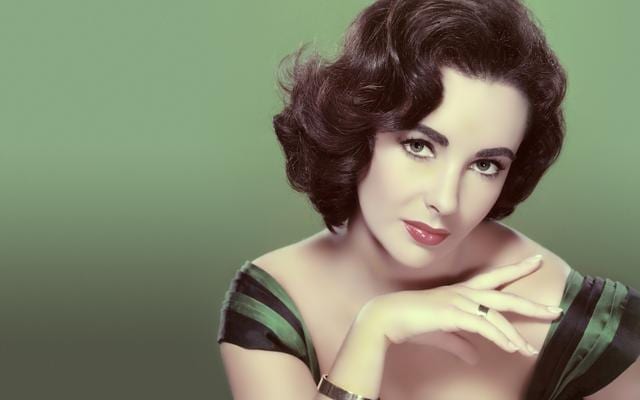 Elizabeth Taylor was the beautiful packaging of an unusual mixture of characteristics. She was simultaneously loving and combative, delicate and harsh, nurturing and merciless. She has been loved, and she has been attacked. She suffered from chronic illness, and she fought to end a vicious disease. Today she is remembered for all this, along with the endless glamour that accentuated her every move. 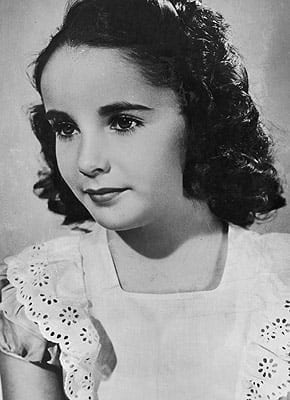 Social status was important to Sara Sothern. Aware that breaking through the rigid ranks of English society was an immense challenge, this ambitious former stage actress planned her daughter’s childhood activities accordingly. Little Liz Taylor would take ballet and riding lessons from a young age, and she would cultivate the ideal, delicate femininity that one day, with the right connections, would place her in an aristocratic marriage. This day never arrived. Instead came the roaring of warplanes over London, but by then the Taylors had returned to the safety of the States, and little Liz would find herself guided down a quite different path.

Elizabeth’s mother encouraged the young girl to pursue acting, and it wasn’t long before Taylor had her first contracts. MGM placed her in the movies Lassie Come Home and National Velvet, the latter of which would catapult her into child-stardom. As Elizabeth grew into a beautiful adolescent, MGM cast her in a series of teen romances. By this time, the budding young woman had lived an oppressively sheltered life and yearned for freedom in adulthood. Between her mother’s close supervision and the puppeteering nature of her studio, Elizabeth had little knowledge of the world outside of the roles she played. This would undoubtedly impact her personal life for decades to come.

Marriage was an escape from childhood the actress would later recall as “horrible,” and Elizabeth became the wife of Conrad Nicholson Hilton, Jr. at the young age of eighteen. The union lasted less than a year, but Taylor was soon remarried only three months later to Michael Wilding, who would father her first two children. Her growing fame and the vast age difference between the couple added to mounting tension between the two, and they divorced in 1957. Moving from one Michael to the next, Taylor then married Mike Todd, a powerful producer capable of matching Elizabeth’s strong personality. She found in him an equal, and the two gave birth to a daughter before Todd’s untimely death, an event that would leave Taylor reeling with grief.

The public mourned with Elizabeth. Then it turned on her as she began an affair with her late husband’s best man, Eddie Fisher, who was then-married to Debbie Reynolds, another close friend. Fisher was humiliated when, on the set of Cleopatra, Taylor fell for Richard Burton and began a highly publicized affair with the married Welsh actor. The relationship between the two was famously tumultuous. They would eventually marry, divorce, reconcile, and split again.

Four months after her final break from Burton, Taylor married politician John Warner. While his career kept him enormously busy, hers had begun to wane, and she filled the unhappy void with food, prescription drugs, and alcohol. Eventually, they would divorce, and Elizabeth would meet her last husband, Larry Fortensky, during a stint in rehab. Their marriage would last only five years.

The Most Glamorous Gem

Elizabeth Taylor’s many accolades are evidence of her lasting impact on Hollywood. Starring opposite Rock Hudson and James Dean in the film, Giant, her place would be secured among the greats. With no formal training (although her mother would relentlessly drill her with performance exercises), Taylor was nominated for Academy Awards for Raintree County, Cat on a Hot Tin Roof, and Suddenly Last Summer before winning Oscars for Butterfield 8, and Who’s Afraid of Virginia Woolf, the last of which is rarely disputed to be her best performance. Her on-screen success and A-list status were only one aspect of her glamorous appeal. 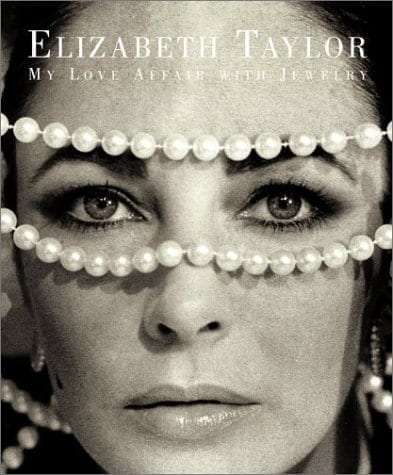 Her famously lush lashes and unusual violet eyes were framed by a fair face and raven hair for a startlingly beautiful effect. She loved furs. And jets. And jewelry. Her extensive collection of jewels auctioned in 2011 for $115 million, the most expensive pieces being gifts from Richard Burton. She spent money because she made money. With Cleopatra, she was the first actress to break the $1 million mark for a single picture (earning about $7 million for the film). She was a siren, sex symbol, and fantasy upon which producers and directors could build successful pictures. Even after leaving Hollywood, she never left the spotlight. Her every move was documented by paparazzi and tabloids rags. Eventually, she would find the perfect use for all the media attention.

Elizabeth Taylor would eventually say that her film career meant nothing to her. In the 1980s she found a passion that trumped any inclination for acting. Taylor was shocked to find that the devastating disease HIV was given so little attention in America. She discussed the cofounding amfAR, The Foundation for AIDS Research, with Larry King, bringing further exposure to the cause. She also founded the Elizabeth Taylor AIDS Foundation. Having helped to raise awareness as well as millions upon millions of dollars for research and treatment of the virus, Elizabeth Taylor has made philanthropy a requisite for undying glamour.