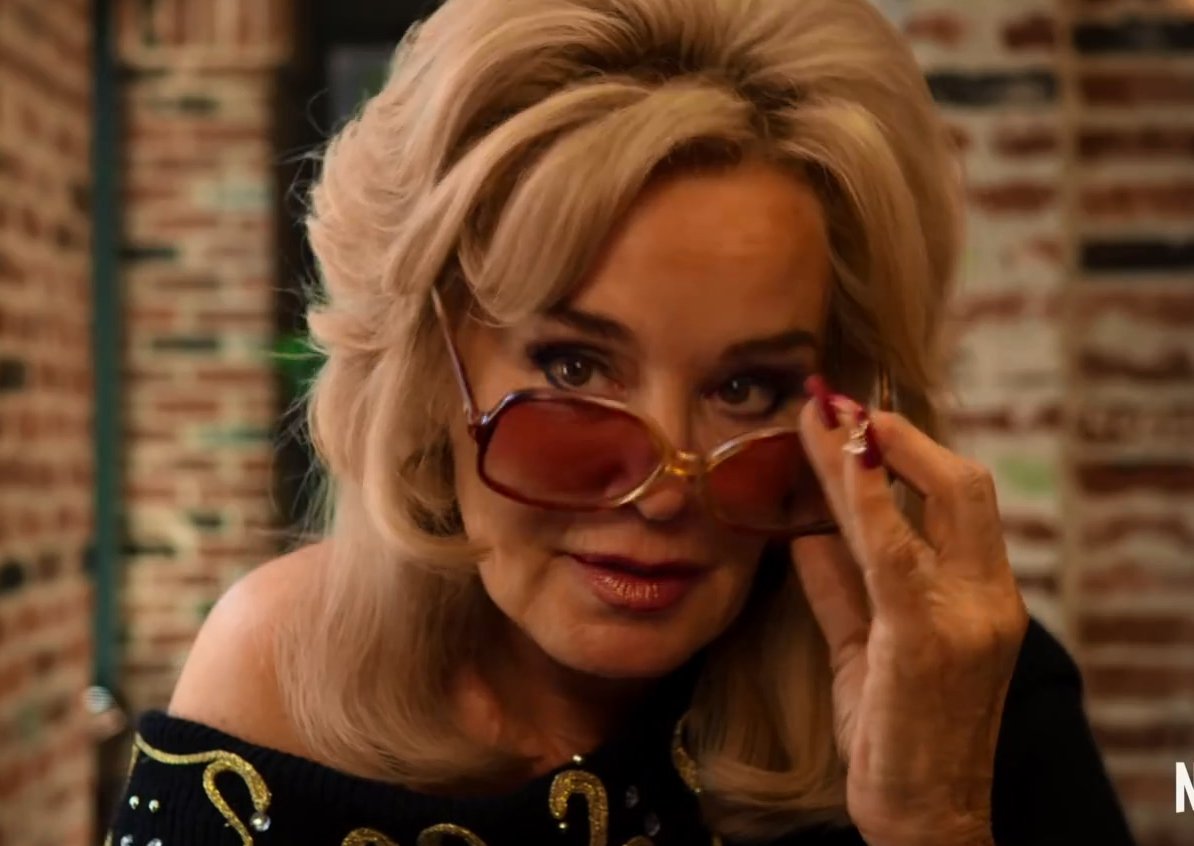 If you are a fan of the legendary series the American Horror Story, then Jessica Lange should be a familiar name. Jessica Lange has been a key player or rather notable characters in most seasons of the popular series. Some call her Ryan Murphy’s secret weapon.

After thinking we had seen the last of Jessica Lange on our favorite series, she shows up in the exciting, Netflix’s The Politician.  Jessica Lange plays the role of Dusty Jackson. She’s the evil, manipulative grandmother of a teenager Infinity Jackson. In the first season, the series revealed that Dusty Jackson’s supposedly cancer-stricken granddaughter was not sick at all. She was being poisoned by Dusty Jackson. Apparently, Dusty Jackson had Munchausen by proxy syndrome. 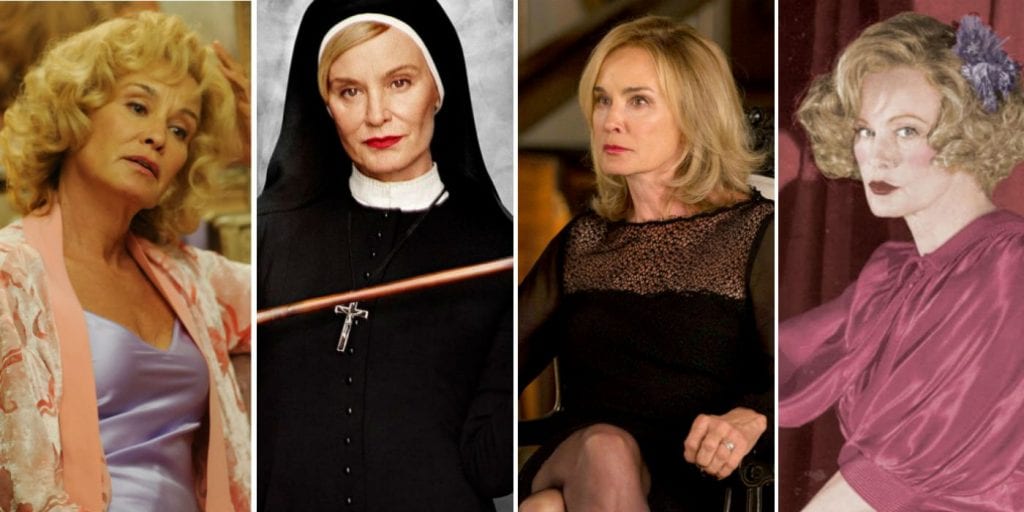 When asked why she was willing to play the role of Dusty Jackson, Jessica Lange said, “The idea that it was a comedy. A dark comedy. All these years, I haven’t played that many comedies. I thought this will be good. It’ll be good to shift gears and try something completely different. The character was so outrageous and so monstrous. I don’t know it just appealed to me,”

Jessica Lange confirmed that this was not the case. Her words were, “I wasn’t aware of the story, and I determined not to look when somebody told me there was a documentary about them,” she said. “Ryan was very careful in not including anything that could harken back to them. So we did our best to avoid any reference to them whatsoever.”

The Politician on Netflix is a blooming show. It’s great to see Lange transition from being around the horrors to something slightly different but equally sinister.

“She does the unforgivable, inexplicable. Anybody who’s a mother or a grandmother, anybody who’s a real human being would never be able to do what she’s done,” Lange confirms. “This character, I have no idea how people are going to respond to her. I keep saying to myself as a little mantra, ‘Just remember it’s a comedy. Just remember it’s a comedy.’”

While the story has most people intrigued, you just have to notice Lange’s character’s obsession with a Shirley Bassey tune. And it’s not just her obsession or a Shirley Bassey’s song that has the attention. Viewers agree that the music on the first season of the Politician is 100%. 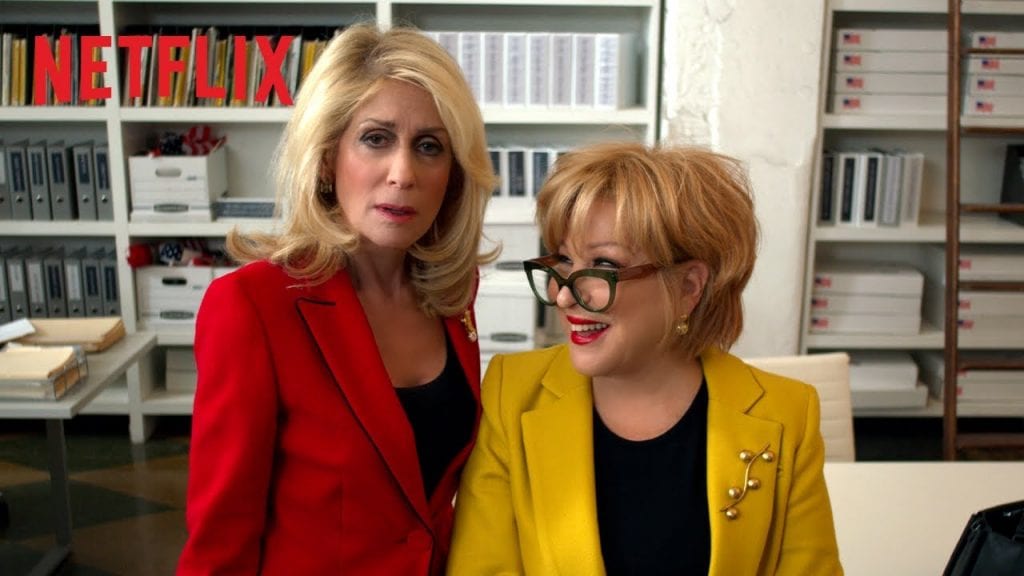 We know Murphy has a taste for rich, multi-layered, and bold characters so although it was a great surprise having both ladies on the show, it was also so Murphy!

“We wrote this part for [Judith] without knowing if she could do it,” Ryan Murphy said. “And we started writing Hadassah with Bette in mind because I always wanted to work with her. Brad, Ian and myself loved Bette’s reign of terror at Disney in the ’80s — the ‘Big Business’ and the ‘Ruthless People.’ They’re both fantastic.”

0 comments to " Jessica Lange & The Politician "