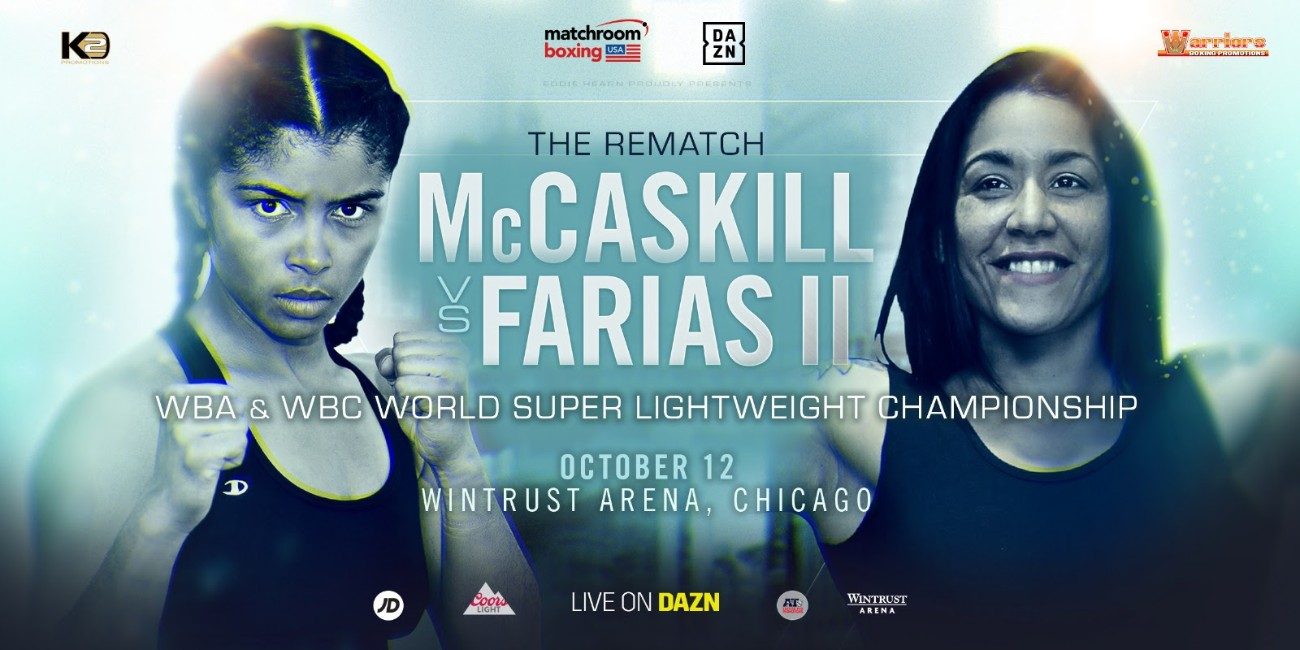 Jessica McCaskill, Chicago’s very own, and Erica Farias will be facing off in the boxing ring for a long-awaited rematch. Last year, in October 2018, both fighters went against each other, resulting in McCaskill defeating Farias and claiming the WBC Super Lightweight Title.

On the night of October 12, 2019, we will witness the WBA & WBC World Super-Lightweight Championship at the Wintrust Arena in Chicago.

McCaskill came back with a vengeance after her previous loss to Katie Taylor in late 2017. The fight at Wintrust against Farias was ruled in her favor by unanimous decision, after a long fight of 10 rounds in total.

Farias’ fight against McCaskill was the last time she appeared in the ring up until this point, so predictions of the winner are scattered. Jessica, on the other hand, faced Anahi Esther Sanchez earlier this year, walking away with another win under her belt.

Needless to say, fans and enthusiasts will certainly be kept on their toes throughout the entire duration of the event.

Jessica McCaskill is a 35-year-old boxer and is currently the best female fighter in the lightweight class. She moved to Chicago several years ago and practiced her craft while balancing her initial job as an investment banker. 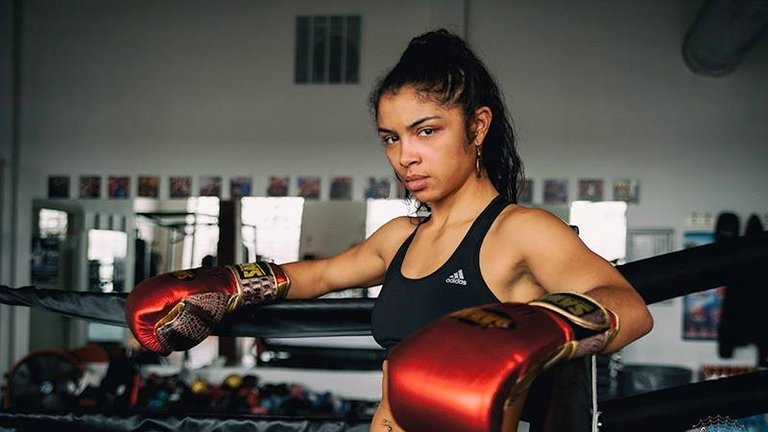 Her early life was much less than easy, though. McCaskill grew up homeless as a child, facing more difficulties than most. However, she pushed through the adversity and was able to overcome her struggles to achieve greatness. Her amateur career began in 2008, building up to her first belt in 2014.

Since she found out that professional fighting was her true path, she has been very active in the ring and has given the city of Chicago a positive name along the way. Out of the 9 total fights that she has participated in throughout her career, 7 of them were wins, and Chicago fans are hopeful that she will retain her championship title after this upcoming event.

I am very excited to announce that I will be attending the night of the fight at the Wintrust Arena, right here in Chicago. It will truly be an honor to be so close to all of the action during this monumental event for my hometown, and witness Jessica McCaskill make our city proud once again.

With just less than a month to go, there is still plenty of time to get tickets and secure your seats. Prices are currently starting at $40 and can be purchased at Ticketmaster: HERE. You won’t want to miss it!