The Magic of Kris Kristofferson

“I always try to be as honest as I can in the songwriting, otherwise there’s no point in doing it…” – Kris Kristofferson 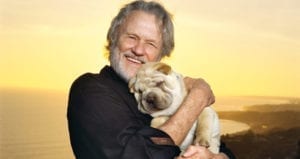 “I’m going to send this out to my mother, who wishes I was Kris’ son,” said Jack Ingram as he sang ‘Jesus Was a Capricorn.’ Actor W. Earl Brown, who starred with Kristofferson in Bloodworth said, “He’s a singer-songwriter who has infused American music with a style of storytelling and true-life poetry that was as gritty as it was graceful.”

The Brownsville, Texas native has established himself as a veritable music storyteller, writing a series of Number One hits that have been recorded by some of our era’s living legends, as well as topping the charts himself. A former US Army helicopter pilot, he’s also known for his acting skills in such films as Alice Doesn’t Live Here Anymore, Flashpoint, the Blade film series, and A Star Is Born (for which he received the Best Actor Golden Globe award) 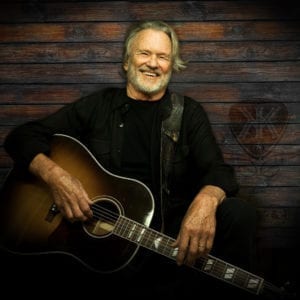 My first encounter with Kristofferson’s music was when I heard Connie Francis singing “Help Me Make it Through the Night,” which I’ve heard he originally penned for Elvis. And of course, there is “Me and Bobby McGee,” which has been covered by artists like the Grateful Dead, Kenny Rogers, and Roger Miller (though Janis Joplin’s remains my favorite and permanent fixture in my music library).

Along with Dolly Parton and Paul Anka, Kris is on my shortlist of favorite singers. I admire his ability and talent for creating songs for artists of such varied musical styles and I’m so glad he was honored by his peers Wednesday night. 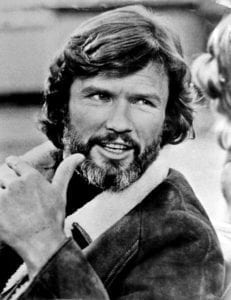 “Nothing could kill me,” he says, recalling his 1960s days in Nashville, when he roared for years on end, somehow finding time amidst the chaos to change the language of country music. “I was rolling cars and wrecking motorcycles, drinking and doing everything I could to die early. But it didn’t work.”

Didn’t work at all. Kristofferson is 76 now and on his 28th album, the aptly titled Feeling Mortal.

Kristofferson is a Country Music Hall of Famer who ranks among the most versatile of American talents. He’s been a Golden Gloves boxer, a Rhodes scholar, a college football player, an acclaimed actor, a military officer, a helicopter pilot, a Grammy winner, a screw-up, an icon, and now he finds himself releasing the third Don Was-produced album in a twilight years trilogy. Feeling Mortal follows 2009’s Closer to The Bone and 2006’s This Old Road in examining hard-won grace.

“Wide awake and feeling mortal,” he writes on the title track. “At this moment in the dream/ That old man there in the mirror/ And my shaky self-esteem.” 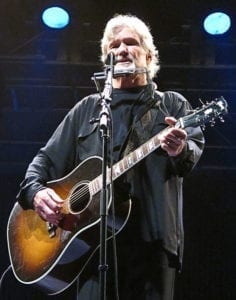 “Going back to the beginning, the songs have been reflections of where I was at that point in my life,” he says, “I always try to be as honest as I can in the songwriting, otherwise there’s no point in doing it: I might as well be doing an advertising job or something. And what I’m finding, to my pleasant surprise at this age, is that I’m more inclined to laughter than tears. I hope I’ll feel this creative and this grateful until they throw dirt over me.”

Kristofferson did not always imagine this would be so. “If I look like a mean old man, that’s what I am,” he sang, back when he was still immortal and when he was sometimes a mean-feeling younger man. But now he’s mostly truthful and thankful, as he sings, “For the laughter and the loving/ That I’m living with today.”