Marshall Field’s in Chicago: Reconciling the Past With the Present

March 25, 2015 in Art, Chicago, Culture & Entertainment, I On Luxury Lifestyle 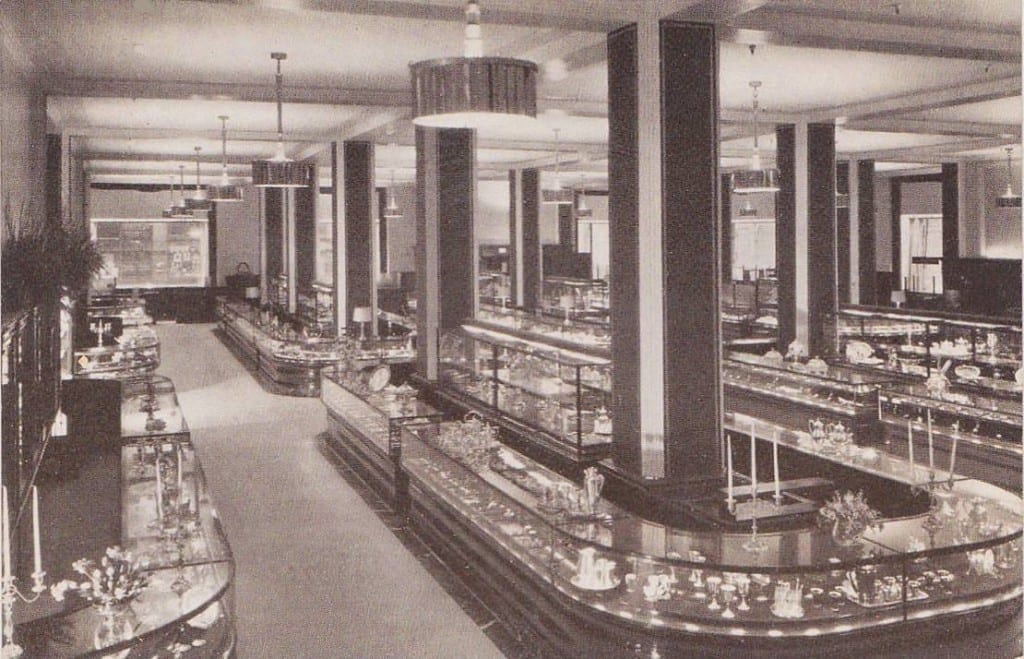 Marshall Field and Company located at State St. and Randolph in Chicago since 1881 when Marshall Field became director of operations to what would become one of the most successful and enterprising retail stores in the world.

From the legendary Walnut Room on the 7th floor to the amazing world’s largest glass mosaic Tiffany Dome ceiling (consisting of 1,600,000 pieces) to its trademark outdoor Great Clock, Marshall Field’s developed into a role model for all retail stores worldwide. Sales topped $60 million in the early 1900s with purchasing branches located in New York, Paris, London, Berlin, Stockholm, and Tokyo. 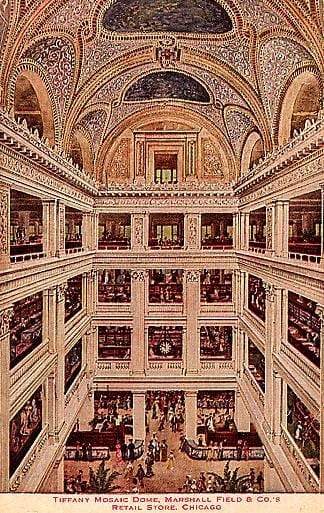 Marshall Field senior’s vision of becoming an entrepreneur and a merchandising innovator began in 1856 when he first arrived here in Chicago at the age of 22 and started working as a clerk at Cooley, Wadsworth, and co. In the meantime, Potter Palmer opened what would eventually become Marshall Field and Company – Potter’s Dry Goods store at 137 Lake St.

After all, it was a tradition for generations to give or receive a gift box with the Field’s name on it, no matter what the occasion, (Christmas, birthdays, etc.) If you were the recipient of this box, you knew instantly there was a desirable, special item waiting for you inside. When Norman Rockwell drew a picture of the Field’s clock (at the corner of State St. and Washington) for the cover of the Saturday Evening Post edition on Nov. 3rd, 1945, it left a significant imprint in people’s memories for decades to come.

Although the store appears to be the same on the outside, on the inside the store today has a very different feel to it, compared to the grand Marshall Field’s image and reputation of the past. For example, most employees appear oblivious to the needs or interests of the average customer, they’ve never heard of the hallmark “Give the lady what she wants” slogan, and not one drinking fountain throughout the entire store actually works. When I asked about the drinking fountains, the employees either said “I don’t know” and walked away or they tried to sell me an unwanted bottle of water.

Time-honored traditions, historical dignity, and an image of merchandising a wide selection of high-quality goods at reasonable prices all appear to be lost with the passage of time since the takeover in Sept. 2006; something devoted Marshall Field’s customers didn’t deserve or anticipate. 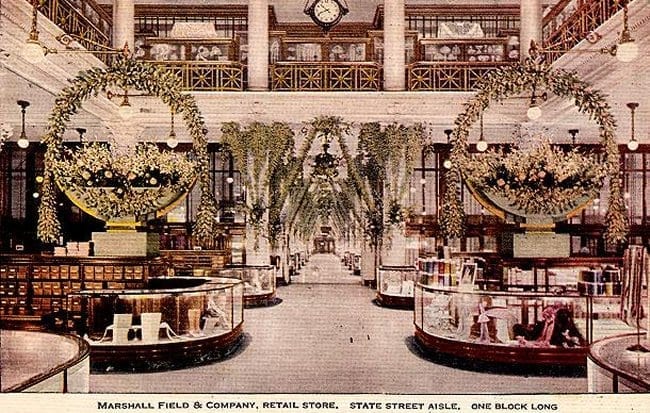 So in this day and age when most of American society seems to be brainwashed and satisfied with Wal-Mart stores and McDonald’s restaurants, it is with great uncertainty that loyal Marshall Field’s customers hope the store can restore its image. Until then, we will hold on to our fond memories of everything Marshall Field’s stands for: from authentic Frango mints that were actually made here in Chicago to the magnificent, decorated Christmas storefront windows, and everything else that was symbolic of Marshall Field senior’s vision dating back to 1856.

Indeed, “Give the lady what she wants!”