May 20, 2011 in Celebrity & Gossip, Chicago, Culture & Entertainment, On Location, Television 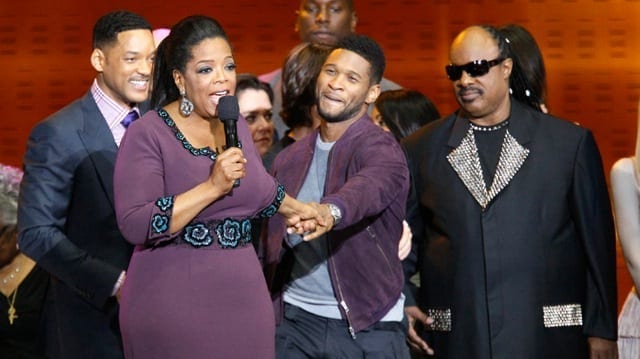 Oprah’s Farewell Spectacular at The United Center – It took me a few days to put into words the truly unforgettable experience I had on May 17th. I was privileged to share in TV history, this most memorable occasion paying tribute to the talk show queen, Oprah Winfrey. I On The Scene was there for the rehearsals, live taping and after-party bringing you up close to all the action.

Chicago’s United Center was filled with entertainment’s elite for Oprah’s surprise farewell spectacular. Speculation of who would be in attendance was the talk of the town for days, but Oprah’s team remained tight-lipped in order to create one of the biggest surprises for the talk show legend while taping her final shows.

Rosie O’Donnell performed “You Give Me Fever” with cameos from Dr. Phil, Nate Berkus, and Dr.Oz, some of Oprah’s protégés. Rosie is set to take over Harpo studios where she will begin working on her new talk show. Harpo could very well be the perfect platform (with a little luck) in creating another hit for Rosie.

More than 13,000 people were in attendance for Oprah and there was no shortage of energy in the room and applause for Oprah who has dedicated her life to helping make positive changes in the lives of others. Tom Hanks, Tom Cruise, Madonna, Halle Berry, Queen Latifah, Katie Holmes, Will Smith, Jada Pinkett Smith, Diane Sawyer, Dr. Maya Angelo, Jerry Seinfeld, Maria Shriver, Simon Cowell, and Gayle King were also on hand to pay tribute to the 25 seasons of The Oprah Winfrey Show.

The night was magical and filled with so much love and touching tributes to the legendary TV star. Oprah serves as an inspiration to many people and this evening certainly further inspired her to pursue her own passions. We cannot wait to see what’s next.

0 comments to " Oprah’s Farewell Spectacular at The United Center "