Richard Driehaus and the Beethoven Festival 2013 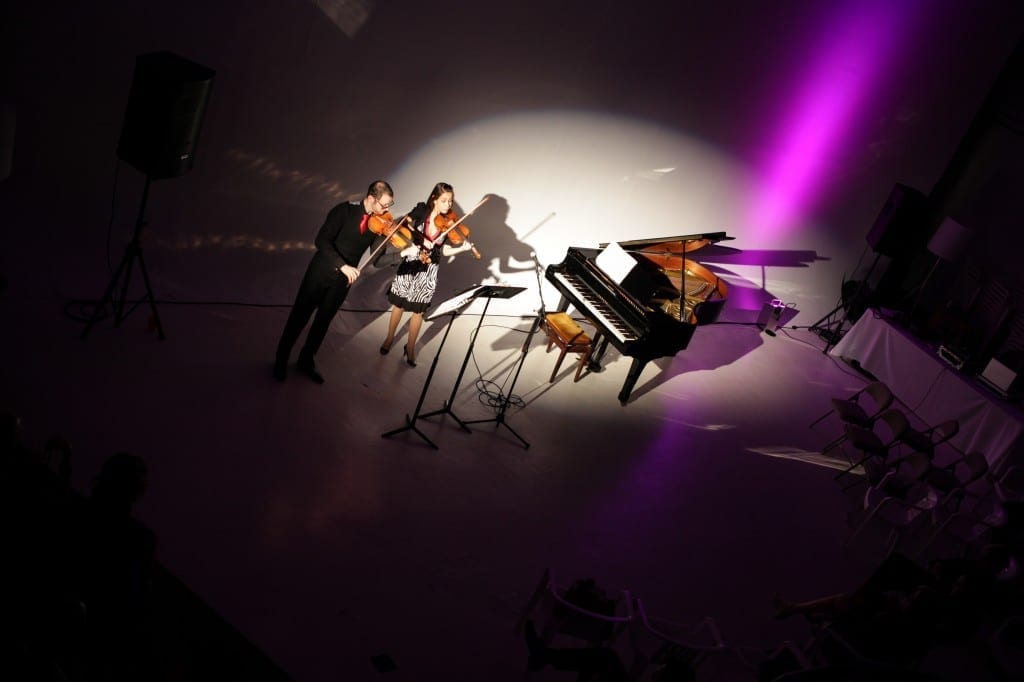 Richard Driehaus’s classic show cars stood outside of 401 N. Racine (home of Open Secret Studios) as the Beethoven Festival 2013 Kick-Off Celebration began and guests lingered around the stunning, vintage Cadillac and Lincoln automobiles. It was a special evening, garnering a lot of attention as the Richard H. Driehaus Foundation announced an eye-opening $100,000 challenge grant to support the Beethoven Festival; the biggest amount the Driehaus Foundation has ever contributed to a performing arts group. Hoping to inspire other philanthropists and foundations, Driehaus expressed “The International Beethoven Project has demonstrated its ability to positively impact Chicago’s strong arts and cultural tradition.”

Visitors to Open Secret Studios for this memorable occasion were greeted with a warm reception and refreshing cocktails, accompanied by insightful remarks from President and Artistic Director George Lepauw. Highly talented violinists Eugene Kaler and Violetta Todorova kept everyone entertained, as well as flutist Gaby Vargas and graceful dancers from Ballet Chicago. The celebrating continued long into the night with mouth-watering desserts filling up the cultural crowd and jazz music with a DJ flowing throughout the facility. This year’s committee for the Beethoven Festival included co-chairs Aacia Hussain and Chris Buckler among others, along with gracious host Evelyn Daitchman of Open Secret Studios. Significant guests in this excited crowd included Alderman Walter Burnett Jr. (of the 27thWard) and Arts Alliance Illinois Executive Director Ra Joy.

Well on its way to achieving the pinnacle $100,000 goal, a tremendous $40,000 was raised on this remarkable night… Congratulations to President and Artistic Director George Lepauw and generous Richard Driehaus for making this a sensational celebration !!