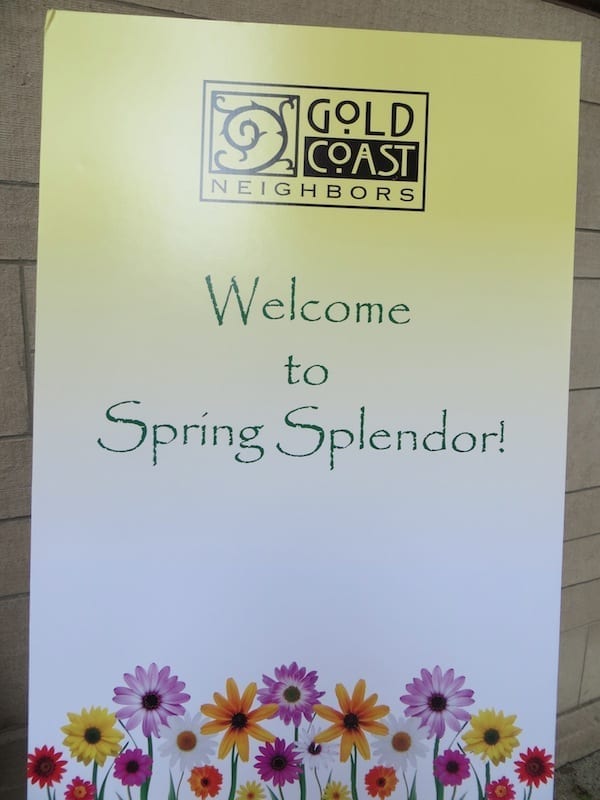 The Gold Coast Neighbors Association held its Annual Spring Event: 2013 Spring Splendor recently to a captive and community-minded crowd.  A fascinating pre-event took place at the historic Charnley-Persky House Museum at 1365 N. Astor; highlighting the remarkable achievements of Chicago architect Louis Sullivan (of the Adler and Sullivan design co.), dating back to 1891.

The magnificent Charnley-Persky House is registered as a National Historic Landmark and exemplifies Louis Sullivan’s initiative to develop new designs, symbolizing new American values.  These dynamic lines and designs would later become the foundation of Frank Lloyd Wright’s “prairie style” and effectively started a movement or transition of architecture in a clever, different direction.  1365 N. Astor essentially combined the creative, genius talent of Louis H. Sullivan and a young, driven Frank Lloyd Wright; standing out as a stellar example of modern housing and marked a new chapter in residential designs. In 1995, philanthropist Seymour Persky (of Chicago) provided the funds to acquire the house and to this day the Charnley-Persky House remains the national headquarters for the Society of Architectural Historians.

Originally known as the North State and Astor Community Association 56 years ago, North State Parkway resident Norton Smith Jr. became the motivational powerhouse guiding the association’s formation.  Its purposes were dedicated and pure: to beautify and preserve the community and encourage the Gold Coast’s residents to become involved in their organization and maintain their environment while at the same time enforcing certain zoning laws to discourage any unnecessary developments.  Following an intriguing guided tour of the Charnley-Persky House, the Racquet Club a block away (at 1365 N. Dearborn) provided the upstanding citizens with an entertaining reception including gourmet hors d’oeuvres and signature cocktails at the Gold Coast Neighbors Association.

With outstanding efforts like this from the organization who annually brings us the “Evening on Astor” and “Ghouly Park” Halloween Event, the Gold Coast Neighbors Association should remain a shining example of what a terrific neighborhood should look like for another 56 years!!