“After a long 20 years of twists and turns, the limited series ‘Halston’ starring the fantastic Ewan McGregor began production today. I am so proud of our director and leader Dan Minahan, and Christine Vachon of Killer Films. I am thrilled to be producing this great and meaningful show with them and Alexis Martin Woodall and Pamela Koffler.”

Yes, it is true that ‘Halston’ a limited series biopic about America’s first celebrity designer is already active in the works as a Netflix project.

The sensational designer, Roy Halston Frowick, was the talk of the fashion and design industry in the 1970s. Halston lived a life some might consider as fast-paced and just as quickly ended his journey at the age of 57 in 1990.

Halston started out designing and making women’s hats in the 1950s. He was naturally gifted and in no time his designs gathered him a well-known clientele. As Halston continued to thrive, he worked as the head milliner at Bergdorf Goodman, a high-end department store. His big break and boost to fame started when Halston designed the pillbox hat for Jacqueline Kennedy, the First Lady of the United States. But soon, hats went out of fashion and Halston moved to design women’s clothing. He was funded by millionaire Estelle Marsh.

Halston’s styles were simple, minimalist, but yet comfortable and sophisticated. He used soft and luxurious fabrics. He made his first ready-to-wear line in 1966, and this sped up his success to being recognized as the most influential fashion designer of the time. Halston’s boutique drew in celebrities like Anjelica Huston, Margaux Hemingway, Bianca Jagger, Liza Minnelli, and so many more. 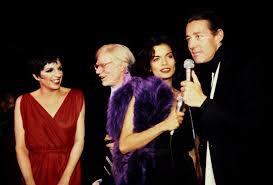 His beaded kaftans and shirt dress designs were a massive hit. He was often seen hand-in-hand with celebrities. The designer’s success fueled a lifestyle of debauchery. Halston engaged in sex parties, sleeping with male prostitutes, watching Moroccan sex shows that involved bestiality and much more. He had an on and off partner, Victor Hugo. He died of an AIDS-defining illness.

Rodriguez is a Broadway darling, actress and singer. Her stage credits include Spring Awakening and The Addams Family. It seems only fitting as Liza Minnelli was also an actress and singer with an energetic stage presence and powerful voice. She and several other clients of Halston have kept his legacy alive.

Other members of the cast include Rory Culkin as Joel Schumacher, Gian Franco Rodriguez as Victor Hugo, and Rebecca Davan as Elsa Peretti. Halston is set to premiere in 2021.

The producer also has many other projects in the works with Netflix. You can eagerly look towards projects like the film adaptation of the musical comedy The Prom, Hollywood, and a series adaptation of A Chorus Line. 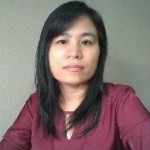 Marie Villeza was inspired to start ElderImpact.org after she watched her son teach her father how to play Angry Birds™ on his smartphone. In that moment, she realized the importance of bringing the generations together so they can usher each other into the future, breaking down walls of fear and time. In her free time, Marie enjoys gardening, hiking, and taking part in her monthly book club.