As co-founder of Chicago’s Greek Media Club, entrepreneur and innovator Terry Poulos entertained, educated, and even astonished a capacity crowd recently at An Evening with Terry Poulos, which took place at the Hilton-Asmus Contemporary Gallery. 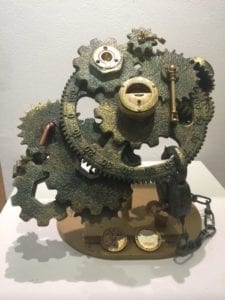 Based upon the Antikythera Mechanism (a hand-powered calculator originating in 205 B.C.) this exhibit highlighted Terry Poulos’ version of the world’s oldest computer, and his creation is considered the first sculpture of the mechanism. This fascinating device tracked the movement of the five known planets of that time, along with solar and lunar eclipses to the exact hour and day, thousands of years in advance, according to its Saros calendar. 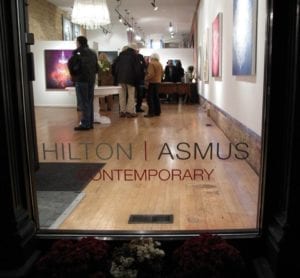 Such a revelation has scholars around the globe reconsidering the capabilities of ancient Greeks and other cultures.

Pronounced ‘Art – Ikythera’ this mechanism “pays homage to an ancient example of ingenuity, technological innovation, and complexity not equaled for 1500 years.” Only the dynamic insight of an inventor and artist who has closely followed science, mathematics, and archeology for two decades could have created such a brilliant masterpiece, along with two other sculptures: Archimedes Vortex and Atlantean Continuum. 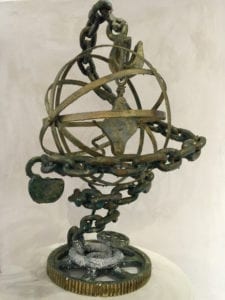 Poulos was honored to be the first artist to premiere his work featured in the current display Inspired by Antiquity series, which challenges the Field Museum’s landmark exhibit The Greeks: From Agamemnon to Alexander the Great, open now through April. 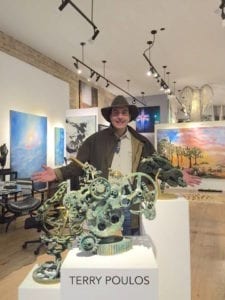 Poulos will also be speaking at the monthly meeting of the Underwater Archaeological Society of Chicago, on February 24, about the Antikythera Mechanism shipwreck site. In addition, he’ll be speaking at the National Money Show in Dallas on March 5 (sponsored by the American Numismatic Society) about his history-making coin which is in the permanent collection at the British Museum. The coin is directly related to the first sculpture of the Antikythera Mechanism.

Indeed, Terry Poulos’ never-ending pursuit for science, nature, and artwork discoveries has clearly led to an eye-opening level of achievement, unparalleled by his contemporaries. Indiana Jones would be proud!