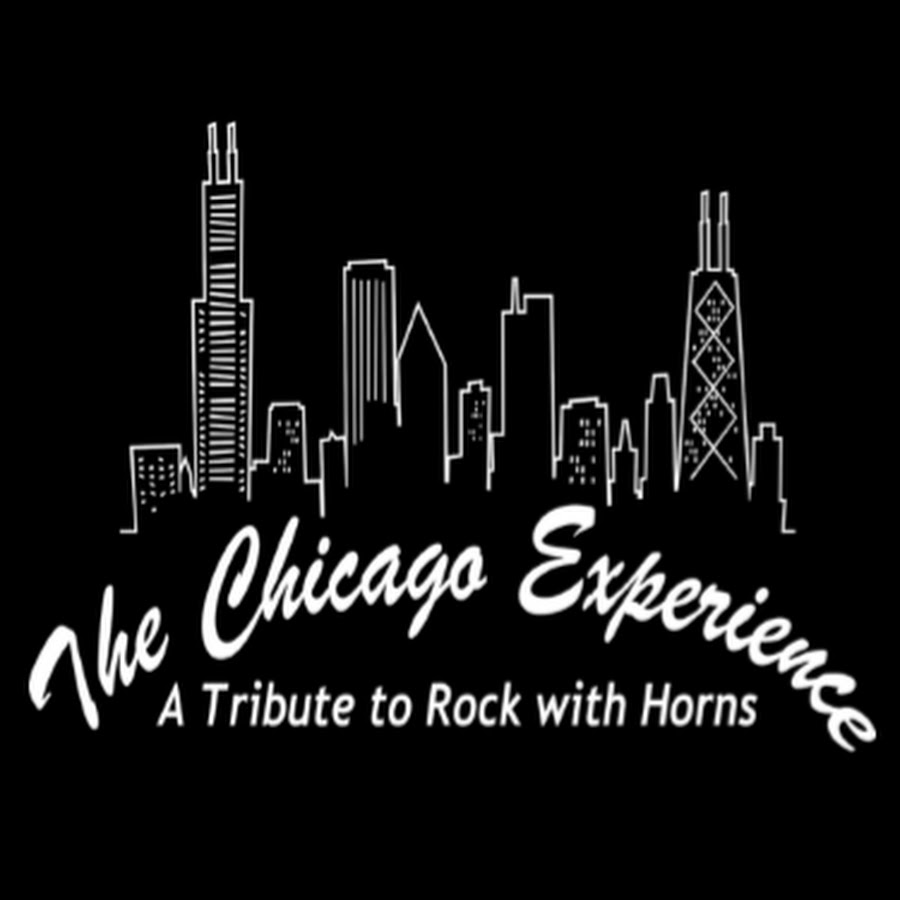 On a recent Sunday afternoon, loyal supporters of the Italian American Human Relations Foundation along with music aficionados gathered at the Triton College Auditorium (in River Grove, IL) to see a stellar concert featuring “The Chicago Experience” and Anthony Rago.

Appearing first on stage was Irene Michaels, Chicago Ambassador of the Italian American Human Relations Foundation, who was announced by Emmy award winner and international vocalist Joan Collaso to kick off the show.  Irene is an accomplished model, actress, and CEO of I On The Scene.  After warming up the crowd, she introduced Lou Rago, Founder & President of the Italian American Human Relations Foundation. Lou stepped on stage to address the enthusiastic concertgoers with a couple of significant things in mind: Based on the philosophy that the standard of a community will be elevated through better understanding and mutual respect, the Italian Foundation is “committed to abolishing negative stereotyping of all ethnic and racial groups in the community as well as in the media.”  Right now, their ultimate goal is to build a multicultural performing arts center which would allow all visitors to enjoy and indulge in various cultural ideas, regardless of their nationalities or skin color. 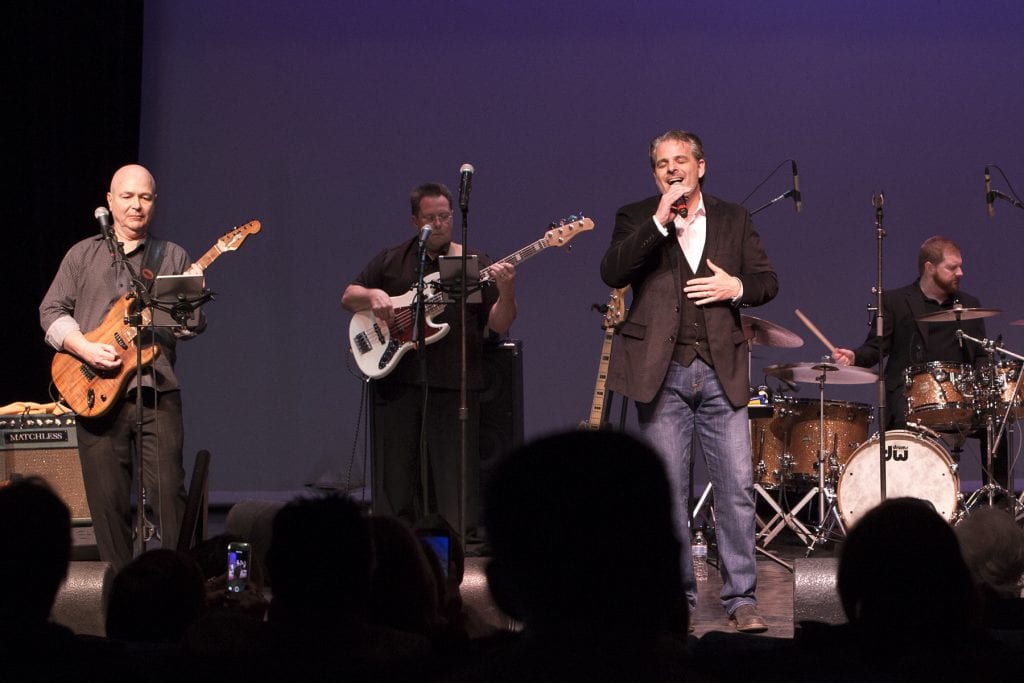 The headliner of this concert was “The Chicago Experience” and their fantastic reputation preceded them. They brought to life all of the original Chicago band’s hits from the ’60s, ’70s, and ’80s as if time stood still in this buzzing auditorium and the decades had not really passed, sparking memories for all of the fans with every song they played. Whether it was “Saturday in the Park,” “Beginnings,” or “Feelin’ Stronger Every Day” The Chicago Experience with lead singer Brian Hemstock (accompanied by seven other musicians) pushed themselves to the edge of their musical boundaries, exciting the audience more and more with every passing song. 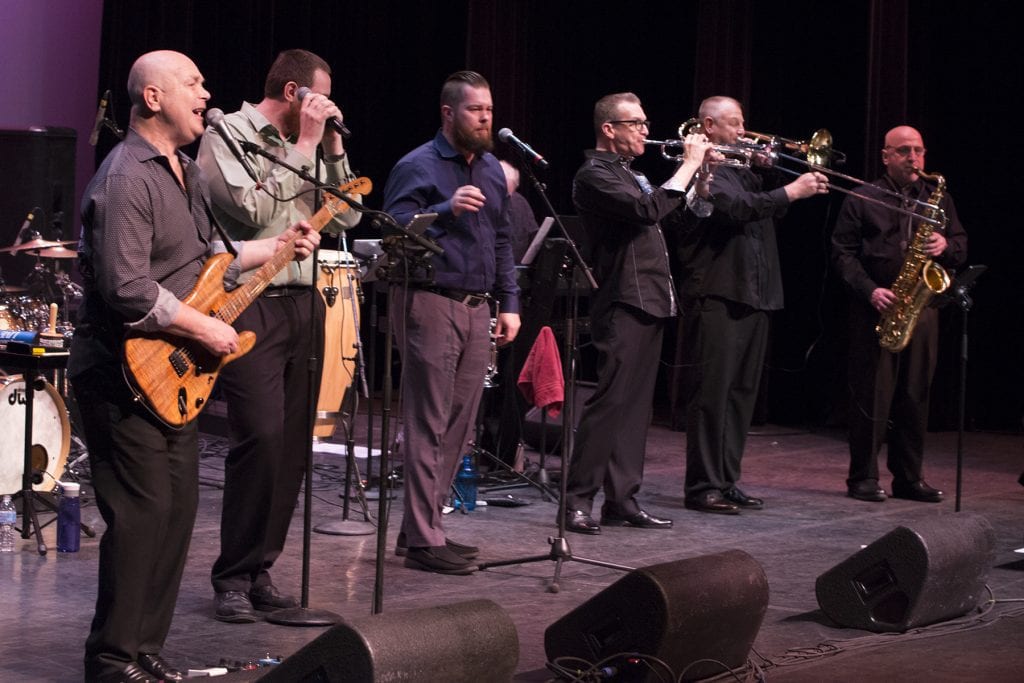 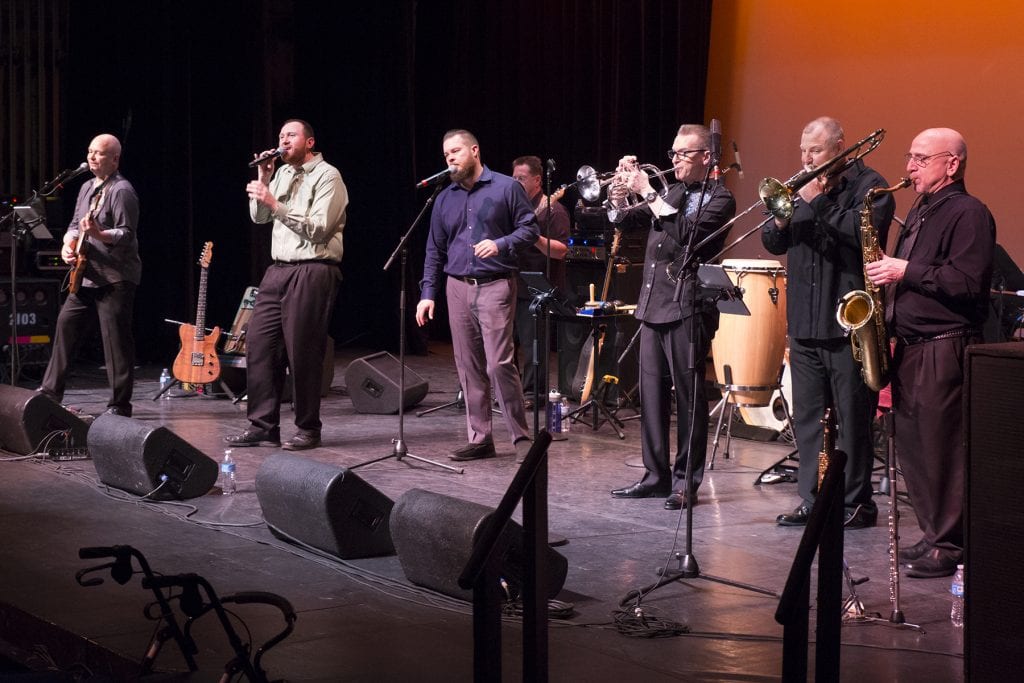 Without a doubt, this was a very special afternoon, long to be remembered by everyone who attended this remarkable show.

Check HERE for more wonderful events brought to you by the Italian American Human Relations Foundation.

And for more information on The Chicago Experience click HERE. 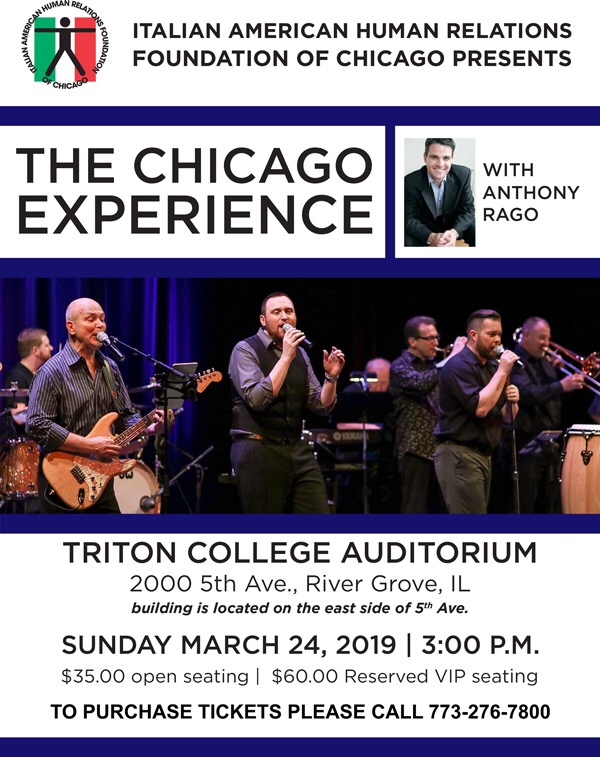