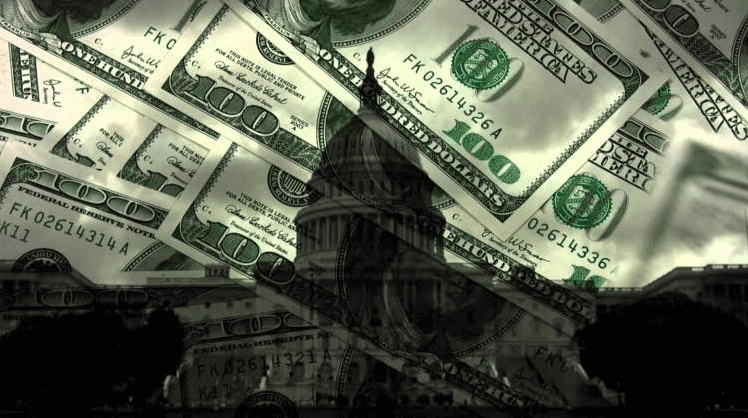 Donald Trump has said some weird stuff about debt in recent weeks. It seemed that he believes he can cut a deal with holders of US debt and pay less than face value. This, of course, would be a disaster. It would destroy the world’s belief in America’s “full faith and credit” provisions that guarantee its debt and helps underpin the dollar as the world’s reserve currency and American markets as the world’s safe harbor. However, thankfully there is no chance of Trump’s election hugely impacting debt markets. Here’s why.

The US is Too Safe and Too Important

Trump’s may affect treasury yields marginally. But, probably not much and not for long. The US remains the ultimate safe harbor and disaster is unlikely to happen just because a loose cannon is elected. Economic headwinds in the rest of the world, such as in China, uncertainty over the fate of the Euro, and insufficient supply of bonds in other safe economies, will mean there will be a floor under the US bond market for decades, even despite Trump’s best efforts. American bonds remain the go-to during flights to quality. Uncertainty over Trump can’t really change that.

The Federal Reserve is an independent body. It’s not going to run the printing presses because Trump wants it to. Fed Chair Janet Yellen is a policy dove, and would not ever acquiesce to calls of severely weakening the dollar  Trying to weaken the dollar would probably be self-defeating anyway, as other countries would just increase their quantitative easing.

The Presidency isn’t as Powerful as Trump Thinks it is

Trump appears to labor under the delusion that the president is chief executive of all of America, not just of the administrative arm of the government. And that delusion is sustained by public perception of the presidency as the only office that matters. There is a self-reinforcing cycle that continues to empower and justify the imperial presidency in principle and in practice. However, the institutional safeguards and constitutional limits on him would make it impossible for President Trump to get up to the sort of financial chicanery he has suggested.