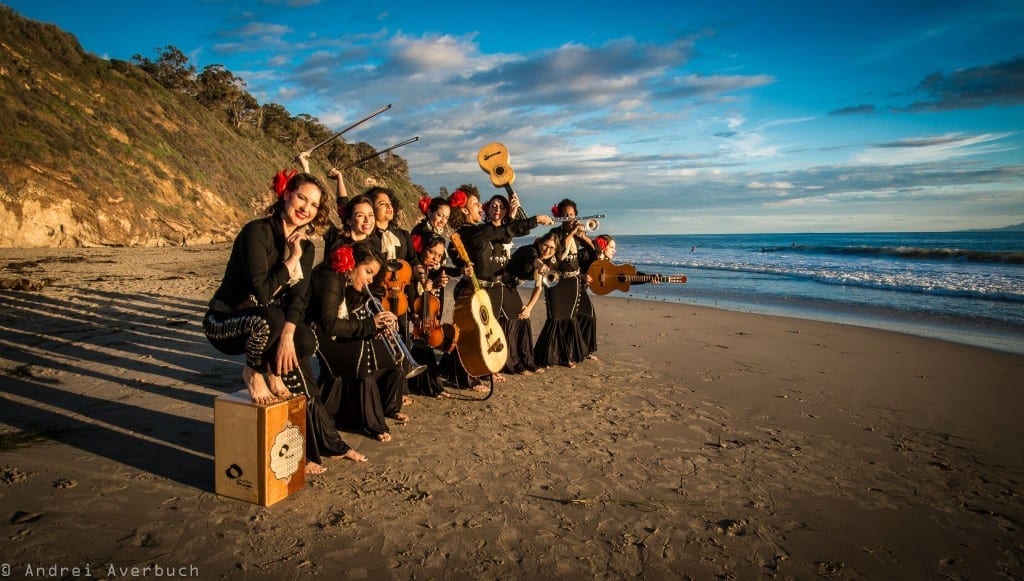 The Arcs announced that female mariachi band Mariachi Flor de Toloache is set to open their shows as part of their Fall 2015 North American Tour. Dan Auerbach’s side project also features the ladies on The Arcs’ new album, Yours, Dreamily, as backup singers. Both bands perform on Wednesday and Thursday, Dec. 2 and 3 at the Vic Theatre. Tickets available here.

“We got to New York City and we hired a mariachi band, thinking some old-timers were gonna show up, and all of a sudden, in walk eight mid-20s girls. It was an all-girl mariachi band…And they were just loud, very huge personalities. We put them on a track; they killed it. We decided to try them on another–same thing happened. We did another, and another and another, and then I said, ‘Hey can you girls sing?’ And they were like, “Of course we can sing.” 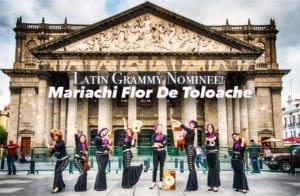 Mariachi Flor de Toloache was founded in 2008 by Mireya I. Ramos as the first and only all-female mariachi band in New York City. Originally a trio, it has grown over time to include thirteen members,and features players of traditional instruments including violins, trumpets, guitarron (bass), vihuela (five-string guitar) and guitar. The female musicians are influenced by their cultural roots, which span the globe. The band’s name includes the term for flower, ‘flor de toloache,’ which they say “is an herb used to make people fall in love.” They were chosen to join The Arcs during their tour in Europe and now the US, hitting Chicago the first week of December.

Mireya I. Ramos, a founding member of the band, is the violinist, vocalist, composer, and arranger. She is of Dominican/Mexican descent and was raised in Puerto Rico. She’s into jazz, salsa, hip-hop, and brings that energy to her mariachi performances.

Anna Garcia, a trumpeter, is winner of the 2010 International Trumpet Guild Solo Competition of Sydney, Australia. Of German and Mexican descent, she was classically trained at the Manhattan School of Music, and performs and keeps busy in NYC with some of her favorites including chamber, orchestral, off-Broadway, big band, hip-hop, opera, and others.

Domenica Fossati, flutist, is the co-founder of the Concert Black trio. The trilingual, pop music artist earned her MFA at New York University with Robert Drick, where she also served as an adjunct faculty member. Fossati is also the front-woman of Underground System, one of the few Afrobeat projects featuring a female lead singer.

Luisa Bastidas, on violin, is from Colombia. She has been in the Lucent Dossier Experience (NYC); the Envision Festival (Costa Rica) with the Kinetic Junglelist Movement; and forms part of the violin/beatbox duet VioBox.

Jackie Coleman, another trumpeter, is also an arranger, composer, teacher, and electric bass player. She’s accumulated music degrees from Indiana University, the University of Southern California, and NYU, and has performed with groups like the Disney Collegiate All-Star band, IAJE Sisters in Jazz, the Laker Band, and others.

Claudia Valentina plays on vihuela, guitar, and jarana, as well as doing vocals. Of Mexican and Jamaican descent and born in California, she grew up in New York training in voice, piano, solfege, jazz, tap, and ballet. She has co-founded both a children’s cultural education program and a Mexican dance company and performs as part of Jarana Beat.

Lisa Maree Dowling, from Brisbane, Australia, is a bassist, improviser, vocalist, and composer working and living in Brooklyn. She is a graduate of Stony Brook University (BA), Manhattan School of Music (MM), and has completed additional training with Francois Rabbath, the Conservatoire de Paris, the Victorian College of the Arts (Australia), La Formation Superieure (Saintes), and Mannes College of Music. As part of Mariachi Flor De Toloache, Ms. Dowling learned the Mariachi equivalent of the bass, the Guitarrón – an instrument played in octaves.

Jacquelene Acevedo, daughter of drummer Memo Acevedo, is a multi-percussionist, based in New York City, who was trained in theater, dance, and music, and who has been teaching since she was sixteen. In 2012 she presented an educational clinic, The Art of Interaction, at Percussive Arts Society International Convention (PASIC) in Austin, Texas with Ndugu Chanceler (Michael Jackson, Miles Davis).