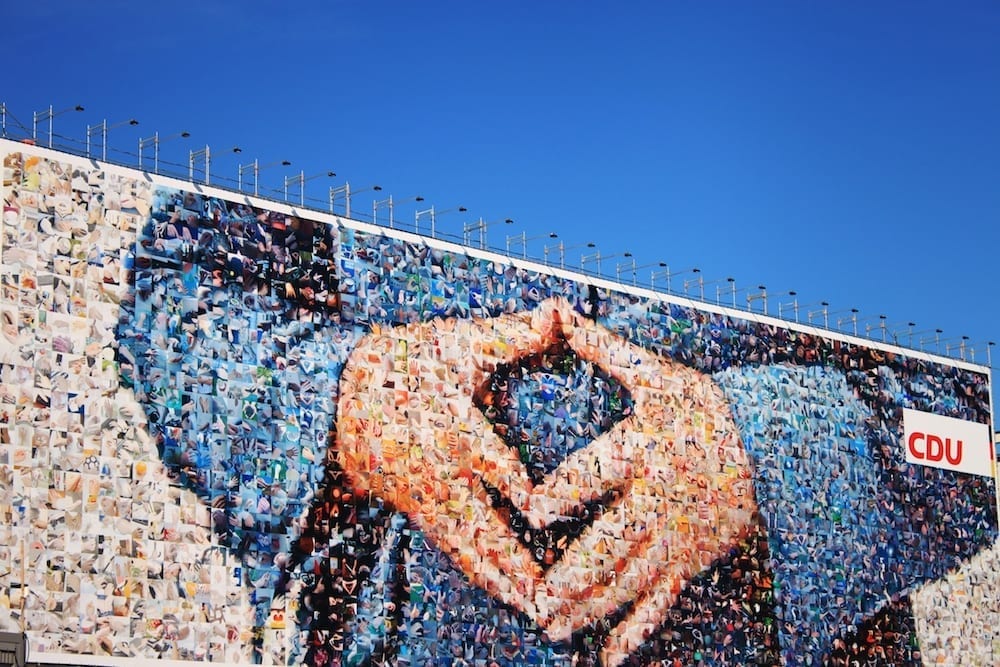 Germans seem to appreciate Angela Merkel’s tough-love approach to governing. Since the birth of German democracy at the end of the Second World War, no leader has developed so personal a following, due in no small part to Germans’ wariness of personality politics. Yet Merkel has put the German people at ease with a soothing firmness that has echoed across the political spectrum and beyond Germany’s borders. Her persona has transcended political lines to become iconic around the world.

Even the chancellor’s signature dress style has become iconic. It is a definitive case of getting attention through understatement. Simple, tasteful, monochromatic, her outfits are the essence of political elegance. Artists have noticed too; one designed the “Pantone Merkel,” a sort of color wheel of her many outfits that have become an internet and cultural sensation. 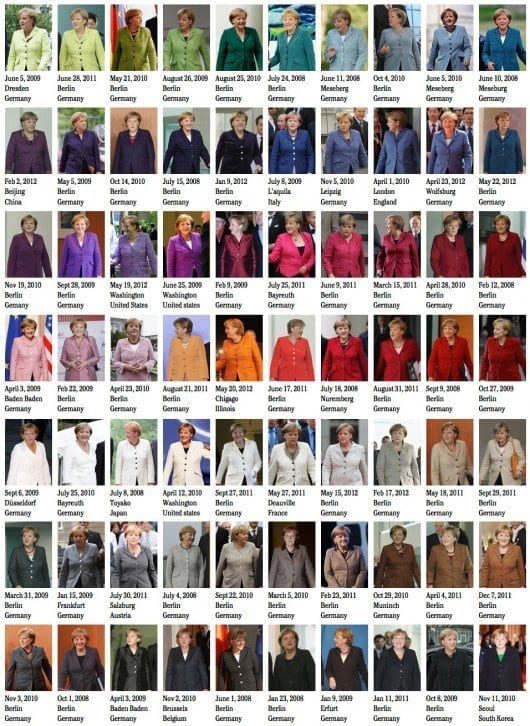 Angela Merkel’s body language and demeanor have also become legendary. During the last election, campaign posters simply showed a pair of steepled hands, a gesture that has become synonymous with Angela Merkel. Her whole look is so unmistakable and genuine, that even her hand gestures are well known.

In a day and age when politicians throughout the world are being viewed with less and less respect by their citizens, Angela Merkel stands out from the crowd. A figure of respect, even veneration (in her own country) she is now casting a long shadow across Europe and around the globe. We may live in a time of political and economic uncertainty, but it is good to know there are still some leaders who can transcend the mundane humdrum of politics to become true icons.