Exploring the Architecture of Power

Over the holidays I had the opportunity to visit Washington, DC as a tourist (something I rarely do, so it was a real treat). During my wanderings around the federal buildings and wonderful museums, I was struck with a sense of the incredible majesty of our nation’s capital. 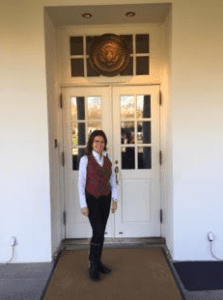 The District of Columbia was built to elicit a feeling of majesty, and its architects and planners clearly succeeded. I use the word “majesty” advisedly. When America was a new nation, we had no king to endow the government or the people with sovereignty. Instead, the people were sovereign, and the majesty of government belonged to the people, not any one person. 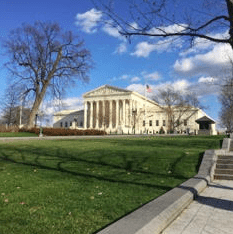 The builders of Washington, DC clearly understood this. Their designs evoke confidence in the power and potential of the people. We may have been a nation of farmers on the edge of a vast, unexplored continent far from an ancient homeland, yet these builders saw the limitless potential of the American people. They saw a bright future and built accordingly. They rightly glorify a tradition of democratic and republican government stretching back to Rome and Athens. For the first time in centuries, a free people had set itself upon its own course with the courage to rule themselves. 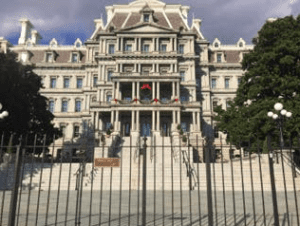 Even 200 years later, these emotions bubble to the surface as I walk through the hallowed halls of government and the museums that house and preserve the history of the United States for all time. It can be quite overwhelming at times; the accretions of history make the buildings far more powerful and imposing than the mere stone and marble of which they are built. 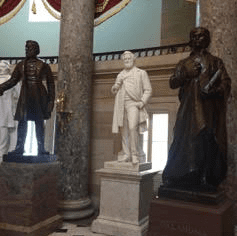 As a tourist, it is easy to spend a whole day wandering the halls of the Capitol, or getting lost in the labyrinthine halls of the Smithsonian. And if you somehow exhaust those traditional tourist haunts, further exciting opportunities await. I was particularly struck by the Newseum’s interactive exhibits exploring the history and importance of journalism in America. I recommend it highly to anyone making a trip out to DC in the near future.

It is a rare pleasure to explore a city as a tourist. It is rarer still to be swept up and embraced by the history and majesty of a city like Washington, DC.