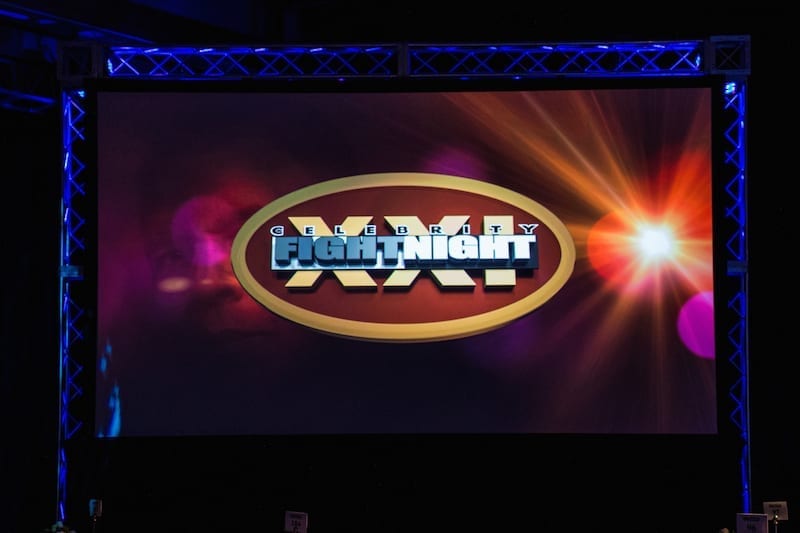 The 21st Annual Celebrity Fight Night event at the J.W. Marriott Desert Ridge Resort & Spa in Phoenix. Tt wasn’t the Thriller in Manilla, but it was a Muhammad Ali extravaganza

Hosted by talented musician Reba McEntire (for the 10th year in a row), this fabulous fundraiser also showcased musical superstars Blake Shelton, Kelly Clarkson, and Gloria Gaynor, among others under the professional guidance of 16 times Grammy award-winner David Foster.

As a non-profit organization, Celebrity Fight Night Foundation, Inc. was established to promote ongoing efforts to eliminate sickness and poverty, regarding Parkinson’s disease. Named after the legendary boxer of the same name, the Muhammad Ali Parkinson Center at Barrow Neurological Institute in Phoenix is proudly supported by the Celebrity Fight Night Foundation and focuses on “providing free treatment and medicine for people of all ages, regardless of their ability to pay.” The mission of the foundation is: “To contribute to research aimed at finding a cure for catastrophic diseases …”

Hundreds of loyal supporters of Celebrity Fight Night were greeted at the J.W. Marriott hotel with a welcome reception and silent auction, followed by a drum performance by Sanostra and an impressive version of God Bless America by Tessa Mansour. After a Wounded Veterans Acknowledgement by Bob Parsons and an honorable Chairman’s welcome by Jimmy Walker, an introduction of celebrities took place and the evening continued with an awards presentation by Muhammad Ali’s wife, Lonnie.

Overall, this 21st Annual Celebrity Fight Night was a terrific success that brought together outstanding sponsors, donors, supporters, entertainers, and countless volunteers, all for one very special purpose: to raise funds for the treatment and never-ending research of Parkinson’s disease with the solid courage and hope that one day this terrible disease will be conquered…