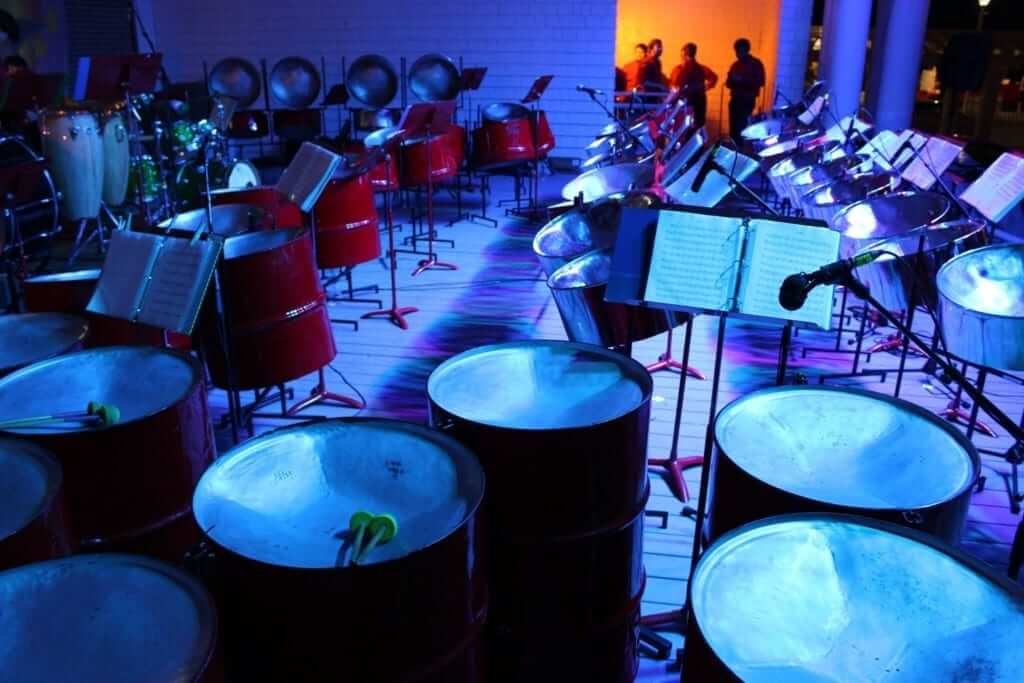 Chicago Sinfonietta, the nation’s most diverse orchestra, kicks off its 30th anniversary with Trademark showcasing unusual instruments, collaborations, and classical reinterpretations – a trademark of the orchestra’s programming for three decades. This unexpected and adventurous concert experience will include guest performances from the 16-piece Northern Illinois University Steelband led by Liam Teague and Chicago’s own Cerqua Rivera Dance Theatre plus two World Premieres as part of the orchestra’s year-long initiative Project W: Commissions by Women Composers. The Sinfonietta performs Trademark twice: first in the western suburbs at Wentz Concert Hall at North Central College, Naperville, Saturday, September 16 at 8 pm, and then again in its downtown Chicago home venue of Symphony Center, Monday, September 18 at 7:30 pm.

The concert begins with the World Premiere of emerging composer and violinist Jessie Montgomery’s Coincident Dances and continues with one of Mozart’s best-known works Rondo alla Turca reinvented by the Northern Illinois University Steelband who then joins Sinfonietta’s principal harpist Faye Seeman on her original solo composition Fayed to Blue before switching to the Caribbean sounds of Lord Kitchener’s upbeat Pan in A-minor.

“As Chicago Sinfonietta approaches an important milestone in its history, our programming continues to reflect a pioneering and innovative spirit more than ever, especially through the dedication to showcasing unusual instruments, and our unprecedented commitment to featuring brand new commissions by diverse, prominent women composers,” stated Music Director Mei-Ann Chen. “Making the commissions known through the 2019 release of our 16th commercial recording produced with our wonderful partner, Cedille Records, will help this unique organization advance its mission of diversity, equity, and inclusion while showcasing the incredible talent of women composers in America.”

Before the concert and during intermission, audience members will have the opportunity to learn to play the steel drum and harp with students from Chicago Youth Symphony Orchestra’s Steel Orchestras and The People’s Music School. Archival photos, artifacts, and more from Chicago Sinfonietta’s 30-year history will be on display for patrons to view as well.

Prior to the concert, Chicago Sinfonietta’s Associate Board will host its annual fundraising event, Prelude: Start with a Bang!, to celebrate the start of the 30thAnniversary season. A selection from Chicago’s Crafthouse® cocktails and hors d’oeuvres will be served while attendees take part in a silent auction and raffle, as well as other interactive activities inspired by the Northern Illinois University Steelband. The event begins at 5:30 p.m. at Orchestra Hall of Symphony Center. Tickets are priced at $50 for the reception only and $95 for the reception and a concert ticket to Trademark. Early bird tickets are also available through August 30 at $40 for the reception and $85 for reception and concert. Tickets are available for purchase by calling 312-284-1554 or online at chicagosinfonietta.org/prelude.

Trademark is sponsored in part by ITW.

Monday, September 18 at 7:30 p.m. at Orchestra Hall of Symphony Center

Tickets:            Tickets range from $20-$99 for concerts at Symphony Center and $49-$62 for concerts at North Central College with special $10 pricing available for students at both concerts. Tickets can be purchased by calling Chicago Sinfonietta at 312-284-1554 or online at www.chicagosinfonietta.org.

Now in its 30th season, Chicago Sinfonietta and music director Mei-Ann Chen have pushed artistic boundaries to provide an alternative way of hearing, seeing and thinking about a symphony orchestra and are dedicated to promoting diversity, inclusion, racial and cultural equity in the arts. Each concert experience blends inventive new works with classical masterworks, each from a diverse array of voices, to entertain, transform and inspire. In 2016, Chicago Sinfonietta was the proud recipient of the 2016 Spirit of Innovation Award presented by the Chicago Innovation Awards as well as the John D. and Catherine T. MacArthur Foundation’s prestigious MacArthur Award for Creative and Effective Institutions (MACEI). The MacArthur award recognizes exceptional organizations that are key contributors in their fields. Learn more at www.chicagosinfonietta.org