Hugh Hefner: The Voice of Many Generations 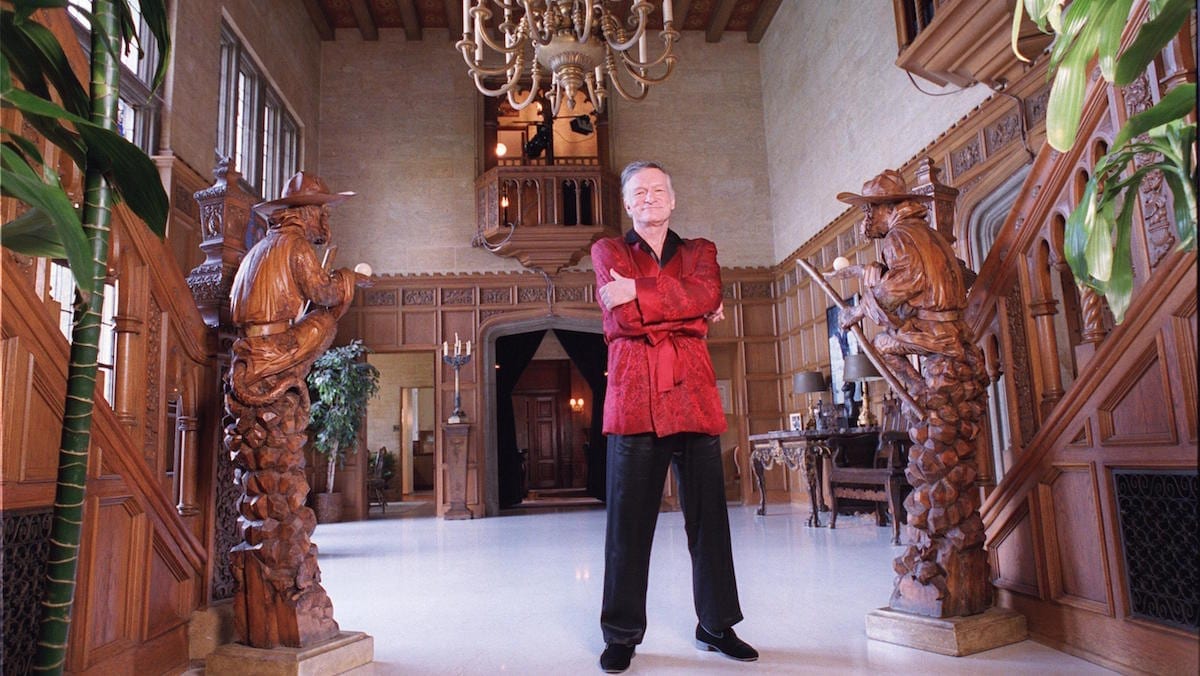 Hugh Hefner was born in 1926 in Chicago, Illinois. A product of the overwhelming suppression of the prohibition era, Hugh Hefner forged ahead and built an empire that opposed the restrictive ideals being propagated by depression-era society.

When looking back on his life, it becomes apparent that his interests stretched far beyond young, beautiful women. A student of psychology and sociology, Hefner understood the impact of his efforts. He had a deep understanding of human nature and a strong sense of ethics, which is evidenced by his political activism throughout history.

While working as a copywriter at Esquire Magazine’s Chicago office in the early 1950s, he realized he had a calling to create a magazine that spoke to a generation with dynamic ideals. By blending his passion for art, politics and philosophy, Playboy was born.

In 1953 he launched one of modernity’s most recognized lifestyle companies, Playboy Enterprises, Inc. The first issue of Playboy Magazine featured photos of Marilyn Monroe. This inaugural issue immediately sold over 50,000 copies, a loud statement that the public was ready for the Playboy Philosophy—which promotes individual rights and opposes indoctrinated repression.

The first employee Hef hired was fellow Chicagoan, Art Paul, the first Art Director of Playboy Magazine. “He had such strong faith in good design, in his own judgment, and that of those he hired. He was the best of employers always,” says Art, the creator behind the classic Playboy Bunny logo.

Hef was a trailblazer in every sense of the word; with no precedent for a boundary-pushing lifestyle company with the potential to become a major player in many realms of business, ranging from journalism to television, cinema, resorts, hotels, and casinos.

However, the Playboy Empire didn’t stop at business. It has played a crucial role in protecting the rights to free speech and expression in America. In 1964, the Playboy Foundation was founded with the goal of fighting censorship, among other philanthropic pursuits.

The Playboy Magazine is held in high esteem for its posh and elegant take on nudity, setting it apart from a majority of its competitors. Everything from Hef’s public persona to the framing and set of photos was carefully curated to uphold the driving principles that stood behind the company. He ensured that the ‘Playboy Way’ was never sleazy, and always came with an enlightened message. To this day the magazine has an air of profundity and takes its journalistic roots seriously. For this reason, Playboy has worked with numerous cultural icons throughout the years: Ella Fitzgerald, Nina Simone, Tony Bennett, James Brown, Jack Kerouac, Kurt Vonnegut, Miles Davis, to name a few.

While Hugh Hefner built an empire of the societal lust for beauty and the feminine figure, he knew that a woman’s worth extends far beyond that. Hef hired thousands of women throughout his life, but one move, in particular, stands out as honorable and progressive. In 1988, he appointed his brilliant and capable daughter, Christie Hefner, as Chairman and C.E.O. of Playboy Enterprises, at a time when female executives were an absurdity that fell completely outside the norm.

Hef and Christie, together and apart, have become a humanitarian force to be reckoned with. Both have used the large, public platform of Playboy Enterprises to advance women’s rights, elect progressive candidates, and accelerate research and treatment for HIV/AIDS.

To call the Playboy Empire antifeminist or shallow takes a mind that is not willing to see beyond the surface of this multifaceted dynasty. Hugh Hefner put forth a unique vision that blends art, politics, and human sexuality into a tolerant, avant-garde ideology that has set the tone for modern pop culture.

Playboy has withstood the test of time and the advent of a day and age that is flooded with crass and degrading displays of nudity and exploitation. It separates itself from the reproachful and damaging exhibition of the feminine figure by a continued focus on freedom, empowerment, and personal choice.

We will miss you dearly.