All That Glitters Is Gold – “Raising Trump” 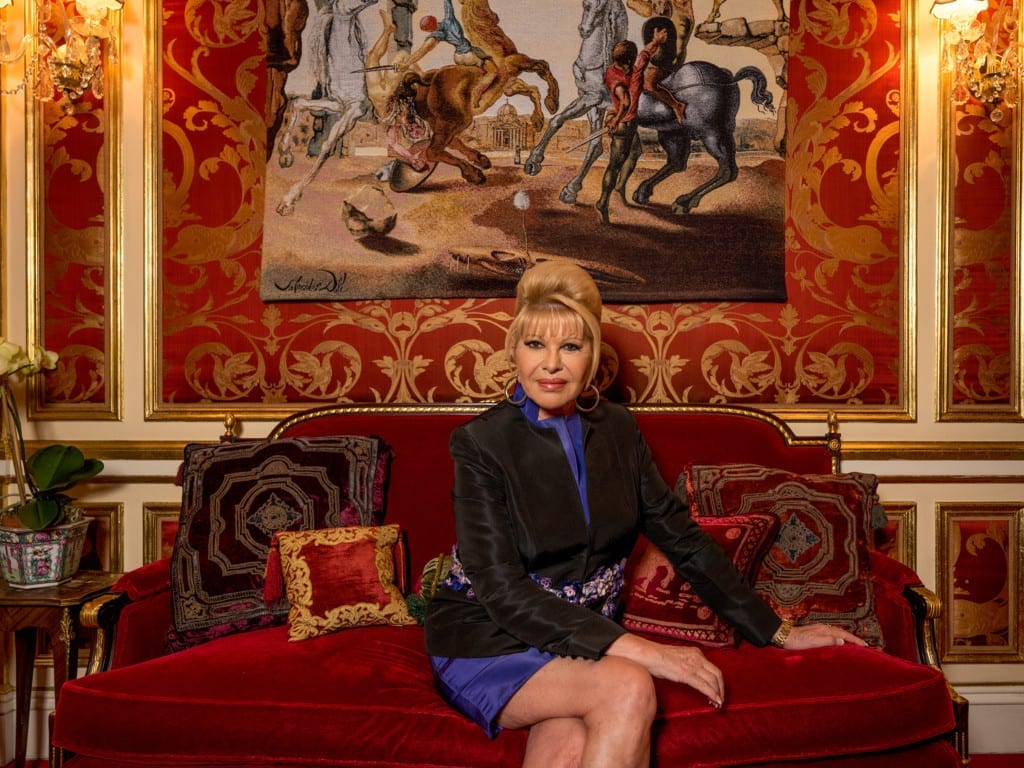 In her new book, ‘Raising Trump’, Ivana Trump lifts the curtain on her family’s private life. The book outlines her life and marriage to Donald Trump, revealing her unique perspective on events both past and present.

As the mother of three children of President Donald Trump, she holds the title of “Trump’s First Wife” and all that it entails. While her story of motherhood embraces the trappings of opulent wealth, she divulges the details of her life in a captivating narrative.

A former fashion model of Czech descent, Ivana has always held incredibly high standards for herself. The most surprising content of her book outlines her early life in Czechoslovakia, where she shares a humble, relatable side of herself that has not been shown to the public. Her story is a classic tale of a woman who is born into the world without wealth and gains it all through sheer determination and iron-clad will.

She is not apologetic for her success. According to Ivana, “There’s nothing wrong with old money, and nothing wrong with new money, either.” Quite frankly, she is right. There is nothing inherently wrong with being wealthy; after all, the very prospect of wealth is what fuels civilization at large. Society tends to bash the super-rich simply because it is a sentiment that can be shared.

Yet, modern culture puts the wealthy at the forefront of the media, and the public eats it up. Despite a messy, public divorce from Donald Trump in 1992, she is arguably one of his largest influences to this day. They speak often, and she advises him on his public persona and media tactics. To quote Ivana, “A columnist once said: ‘Ex-wives count for less than zero. They disappear.’ I didn’t accept that.”

This rings true for many women who have confronted the brutally ugly battle that is divorce, which is multiplied exponentially when the press is involved. It seems that women are traded in for newer, younger versions of themselves…and they are left to join the First Wives Club. Ivana didn’t stand for that; she took the extremely public disintegration of her marriage as an opportunity to withhold her values of being the very best.

“I can only shake my head at how insane it was,” says Ivana. “I couldn’t turn on the television without hearing my name.” Not only did she have to face the humiliation of an affair and being left for another woman, but she also had to do it in front of the world.

While her version of maternity may seem less than warm and fuzzy from traditional perspectives, it is clear that she remained a strong role model for her children.

The book foreshadows the family’s continued rise. She is a proud mother and has high hopes for her children, Ivanka in particular. “By all rights, as children of divorce, surrounded by wealth and forced into fame, Don Jr., Ivanka, and Eric could have become the most damaged, druggie, poor little rich kids on the planet. Instead, the boys are devoted husbands and fathers and are jointly running a multibillion-dollar company. Ivanka is a marvelous mother and wife; founded her own apparel, jewelry, and shoe businesses; authored two books (her most recent one, Women Who Work, I believe, was inspired by me); is now the assistant to her father, the President of the United States; and is actively working to improve the lives of women and children. I think Ivanka played a big part in Donald’s victory. Voters looked at her and thought, I like her. I trust her. She loves her father, so he can’t be that bad. Who knows? One day, she might be the first female — and Jewish — POTUS.”

Say what you will about the Trump family, but it is clear that they must be doing something right. Regardless of your political beliefs, you cannot argue with success. It simply isn’t possible to make it as far as they have without having something special. And it is clear that Ivana’s influence and guidance can be seen in all three of her children’s professional and personal successes.