I On The Scene Artist Profile: Rachael Sage 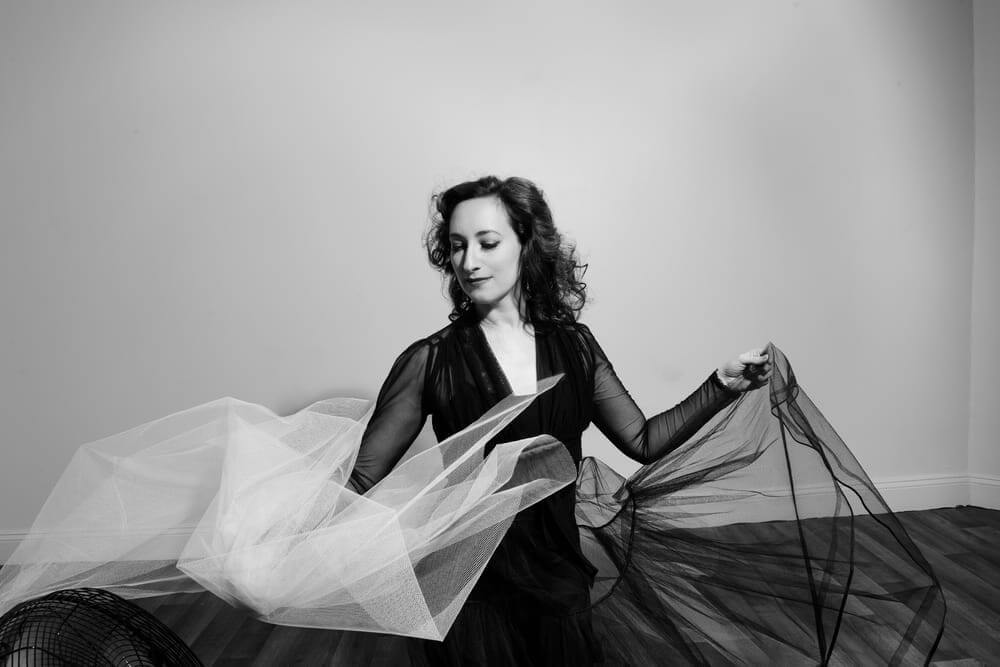 Catching a red eye from Los Angeles in order to make an early morning band rehearsal in Chicago, we caught up with artist Rachael Sage the night before her album release performance at Uncommon Ground. 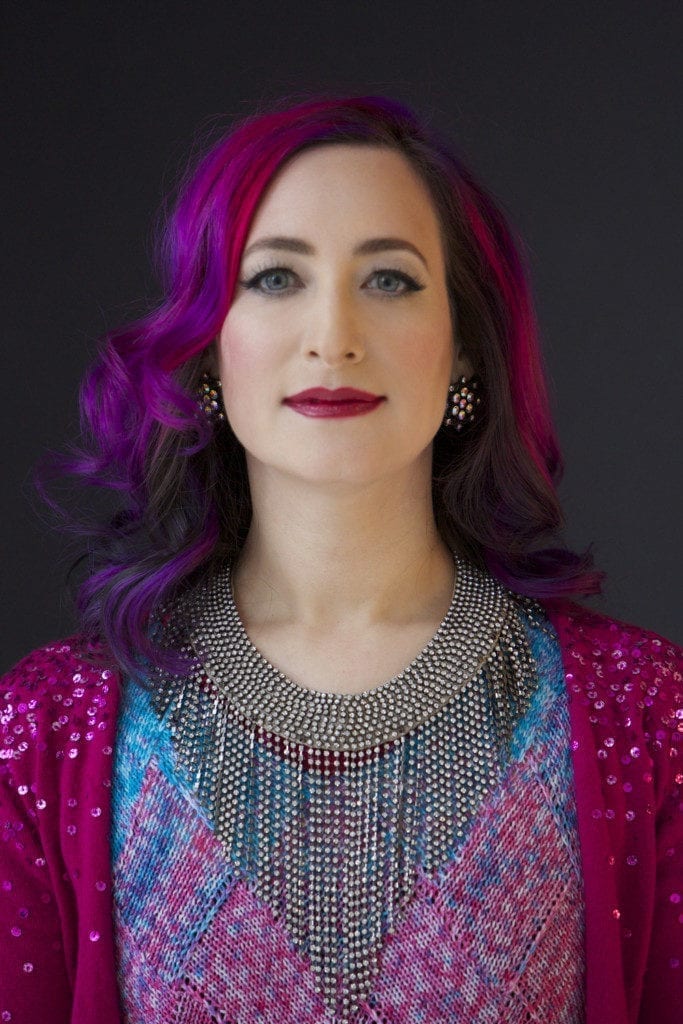 “We’re in a moment where we realize how precious creative freedom is, and what a gift it is to be able to share it with each other, across all borders, and all boundaries.” Rachael Sage

Engaging us through her music, art, fashion and dance, Rachael Sage’s enterprising spirit, along with the passion she bestows upon everything she creates, is simply thrilling. On this occasion Sage comes to us with Choreographic, a new album devoted to her love of dance. Gauging from the reviews of the spring tour she just embarked upon, Sage can confidently check this tribute album off as a triumph.

It feels like Sage was born into the arts. From a young age, her relentless spirit had her enthralled with music, first learning to play piano before the age of three and eventually learning to play a variety of instruments on her own. Later, she would simultaneously spend time mastering dance and choreography at The School of American Ballet, while composing her first songs. She was on stage at Lincoln Center by the time she was 12, performing in ballet classics like The Nutcracker and Coppélia.

Stepping away from dance to attend Stanford University, Sage quickly became part of the Bay Area’s artistic community through her singing and songwriting. While getting into graphic design and painting, her music someone’s ear at Dance Moms, a reality TV show, and they have now gone on to use over 16 of her songs. All we’re saying is, she can’t, she won’t, and she don’t stop. Choreographic is Sage’s 12th album and it’s all about her first love – dance.

Via telephone call, we spoke with Sage all about her new album and its inspiration.

“This is my 12th album, and, I don’t like to repeat myself,” she says in response to an explanation of the musical process for Choreographic. “The theme came to me because I had a strange thing happen to me. This TV show, Dance Moms, started using my music a few years ago. Then they used more and more of it. [Pause] And, eventually, they used over 16 songs and it was kind of like life telling me to come back to the world of dance which had been my very first love as an artist.

“I was a ballet dancer from the age of about four or five years old until my late teens when I went off to college. This was kind of a reunion with my first love. And,” she says with a loving sigh, “it was just a pleasure to compose music with the art form of dance, in mind, accompanying it all. That’s where it all started.”

Choreographic includes 14 songs and it was produced with the help of Andy Zulla and Grammy nominated engineer John Shyloski, all in tune in wanting to make this album feel danceable.

Zulla wanted to reunite with Sage on this project, “because I felt like I really had a firm grasp on Rachael’s new material and the full circle of her music being embraced by the lyrical dance community. We hadn’t worked together in over a decade, but we’ve known each other since she was fourteen… there’s a huge amount of trust there.”

In the beautifully powerful song, I Don’t Believe It, Sage delivers an important message about empowerment and our ability to rise above self-doubt, perhaps even above that momentary feeling of hopelessness.

“It all started with me having this vocal loop in my head,” she says. “I’m no beatboxer, by any means, but I had this loop in my head [proceeds to make beatboxing sounds]. It really kind of prompted the rest of the song. Sometimes you get an idea for a song while walking down the street and the rhythm for that can propel you but, in this case, I  was holed up in a hotel room in England and I had just watched a whole bunch of footage of the Glastonbury Festival which features artists like Florence and The Machine and even retro artists like Lionel Richie.

“I wanted to write a song that could be anthemic and really project to a huge audience if I ever got that opportunity. So that’s why the song is so big and by the end of it it has a chorus of voices that everyone can sing along to. And it’s an empowering song about bullying and trying to find the strength and the courage to block out anyone who’s telling you in your life that you can’t do what you want to do.”

Where does your sense of empowerment and strength come from?
My sense of empowerment comes from the mentors that i’ve had and three that come to mind at the same time is my strong-minded feminist mother; a wonderful singing teacher who had been in MGM movies in the chorus and really lived a colorful creative life but she was also a widow and was on her own, just a very strong compassionate person who really encourage her students to find their own voice; and i was also really fortunate to have an acting teacher whose creative work has covered such a wide range of political and social complex event in america and what i got from her was the empowerment that comes from observation and from learning to listen not only to your own voice but to really listen to voices of other people and let them resonate in you in a way that’s deeper that can hopefully teach you.

Although the music for Choreographic was recorded before Sage went on tour with Judy Collins, the vocals were recorded after the bombings in Paris. Shocked and in mourning, she returned to the studio to finish up the songs with a new focus. “The quintessential definition of dance, to me, is freedom. We’re in a moment where we realize how precious creative freedom is, and what a gift it is to be able to share it with each other, across all borders, and all boundaries.” 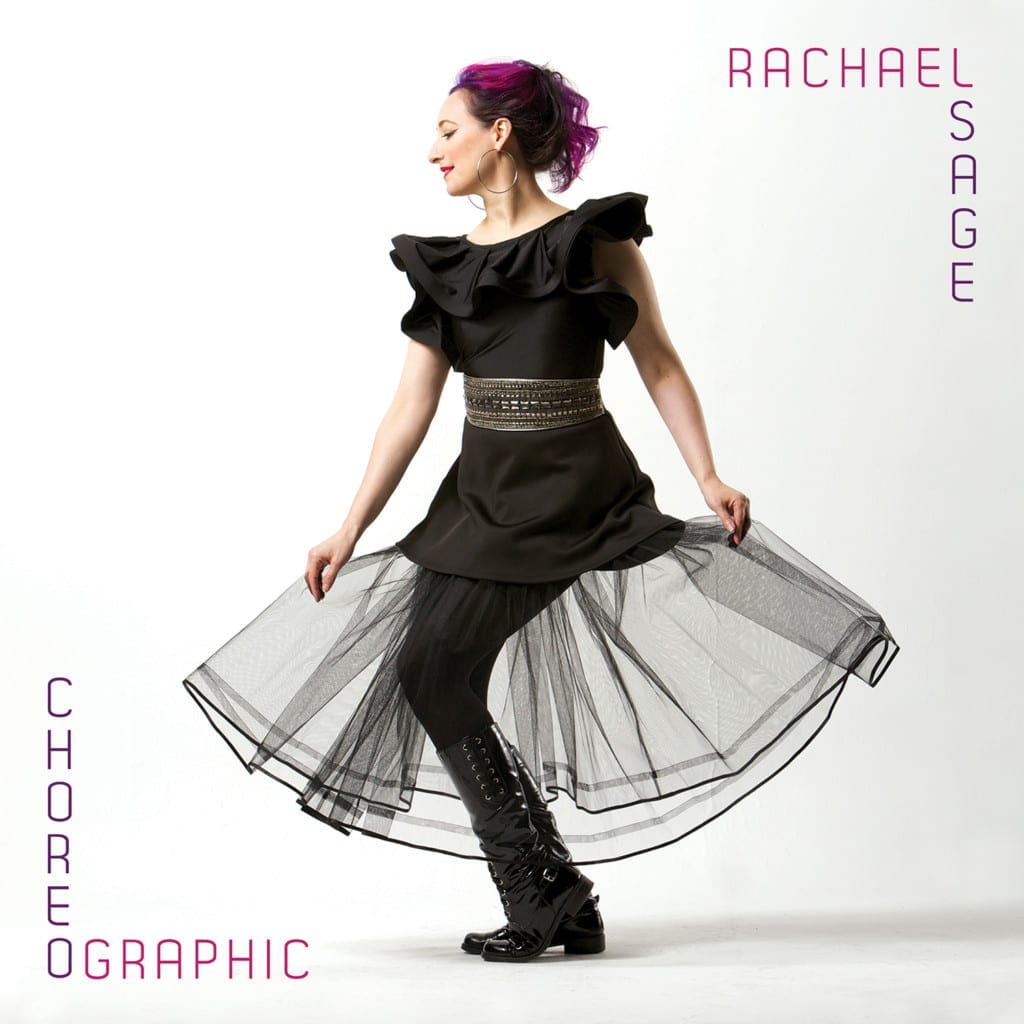 Working in the music industry for so long now, what has been one of the biggest lessons learned?
I think one of the biggest learning experience I’ve had is something I joke about, and I even joke about it to my band, sometimes it feels like every time is the first time! I feel as an artist, there are pros and cons to that, for example, as prepared and rehearsed as you could possibly be something can happen on stage or with the audience that’s unexpected and it can throw you off and destroy your sense of calm… or you can break it and make something new out of it, make something different. I think that’s lesson that anyone that plays jazz learns from the get go. But in pop and folk it’s something you learn about a little bit later and it’s something I’ve learned over the years.

It’s exciting and inspiring to see what Sage will work on next as she continues to promote her new album.

For more information about all things Rachael Sage, including videos and links to purchase her new album, visit: www.RachaelSage.com