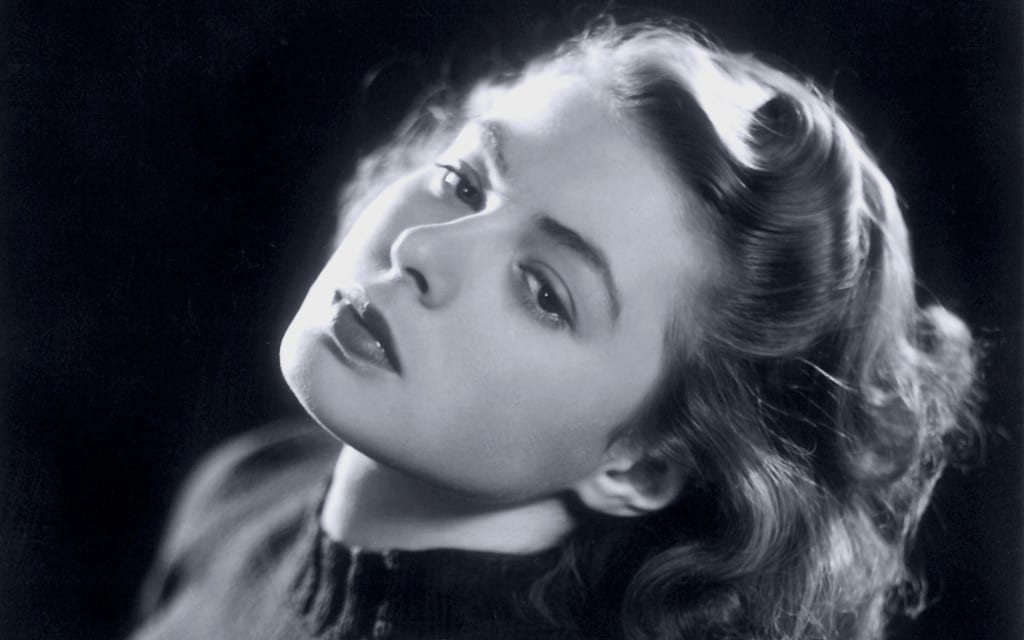 Ingrid Bergman is one of the greatest dramatic actresses of all time. For stellar performances, she has garnered three Oscars (second only to Katharine Hepburn, who won four during her lifetime), five Golden Globes, two Emmys, and a Tony. Her personal life was as tumultuous and intriguing as any of the characters she portrayed, and on great classic cinema, she has left a permanent mark that can never be erased. 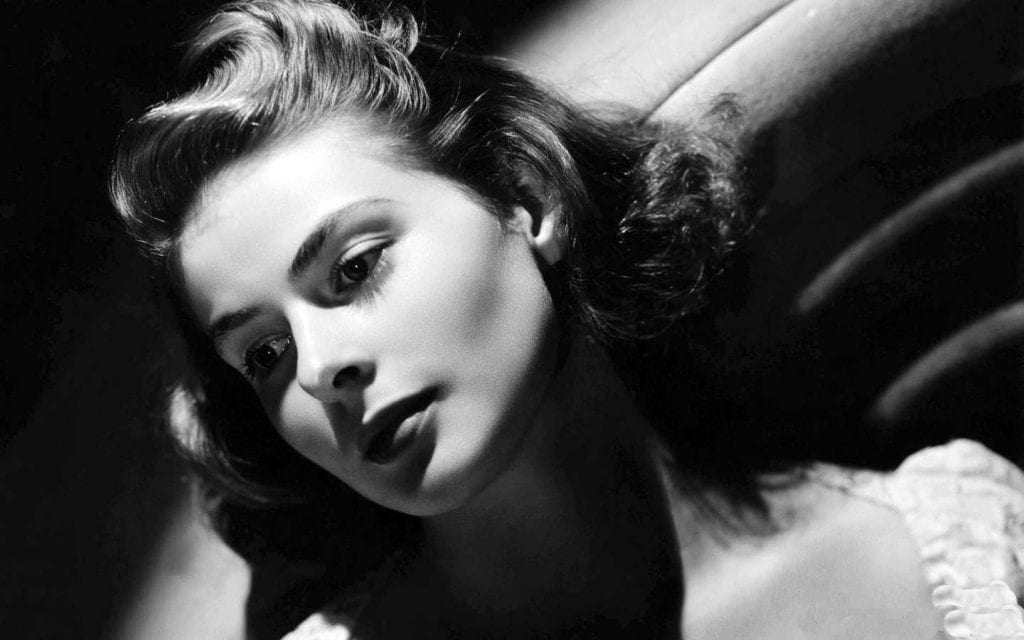 Of her parents’ three children, Ingrid was the only to survive, and she lost her mother at the early age of three. An only child, her father doted on her constantly, documenting her early birthdays (and even rather inconsequential events as well) with his camera. She grew very accustomed to being filmed, and her ease in front of the camera, along with the voice lessons her father encouraged, would be a great advantage to her later. At thirteen Ingrid was orphaned and sent to live with an aunt who would die in her arms only a few months later. Less than two years following, Ingrid would enter a film studio for the first time.

By age eighteen, she earned her first speaking role and through the next few years was featured in several Swedish films. During this time she also married and welcomed a daughter. She set out for Hollywood for the English remake of Intermezzo despite not speaking English, and her success in this endeavor marked the beginning of a decade-long Hollywood stint. During this time, she starred in such films as Dr. Jekyll and Mr. Hyde (1941), Casablanca (1942), Spellbound (1945), and Notorious (1946). 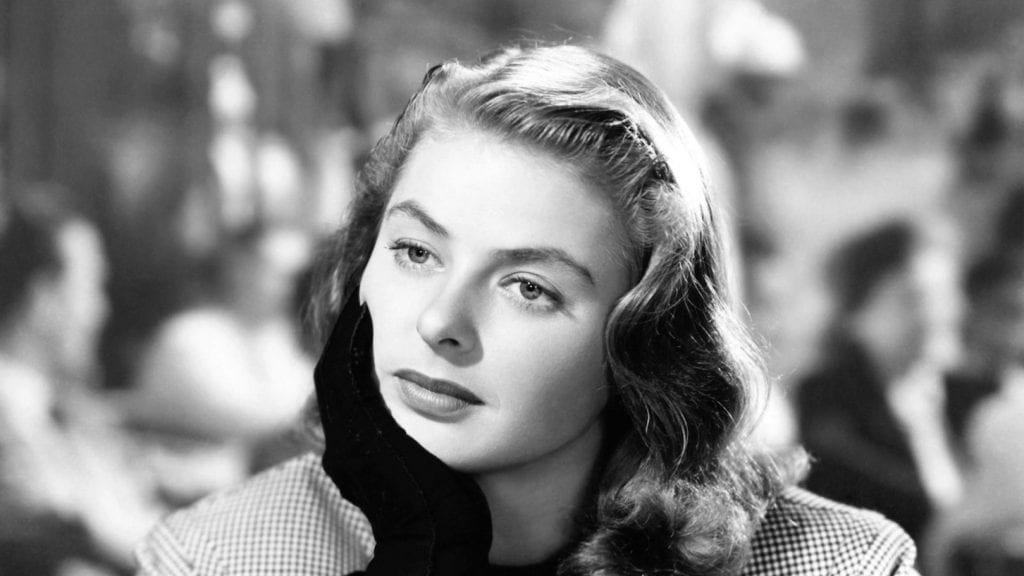 During this time she also won her first Academy Award for Gaslight (1944), a Golden Globe Award for The Bells of St. Mary (1945), and a Tony Award for Joan of Lorraine (1947). Her work was solid, but her marriage wasn’t. She engaged in an affair with Gregory Peck during the filming of Spellbound and later became pregnant by her Stromboli director Roberto Rossellini. When news of her affair with the married director broke, she took on the unwanted role of adulterous villain and homewrecker—she was even denounced on the floor of the U.S. Senate as an “instrument of evil” for her indecent behavior. Eventually, she returned to Europe. She divorced her husband and married Rossellini, with whom she had two more children. In 1957 she would then divorce Rossellini and enjoy an impressive comeback in the American film, Anastasia, for which she won her second Oscar. Her successful career flourished for many years following, and she earned a third Academy Award for Murder on the Orient Express (1974).

Ingrid Bergman lost her battle with breast cancer on her 67th birthday. It is an understatement to say that Ingrid was an accomplished actress. She spoke and acted in five languages (Swedish, German, French, Italian, and English), achieved the entertainment industry’s highest awards, and overcame tragedy and scandal to become a legend.