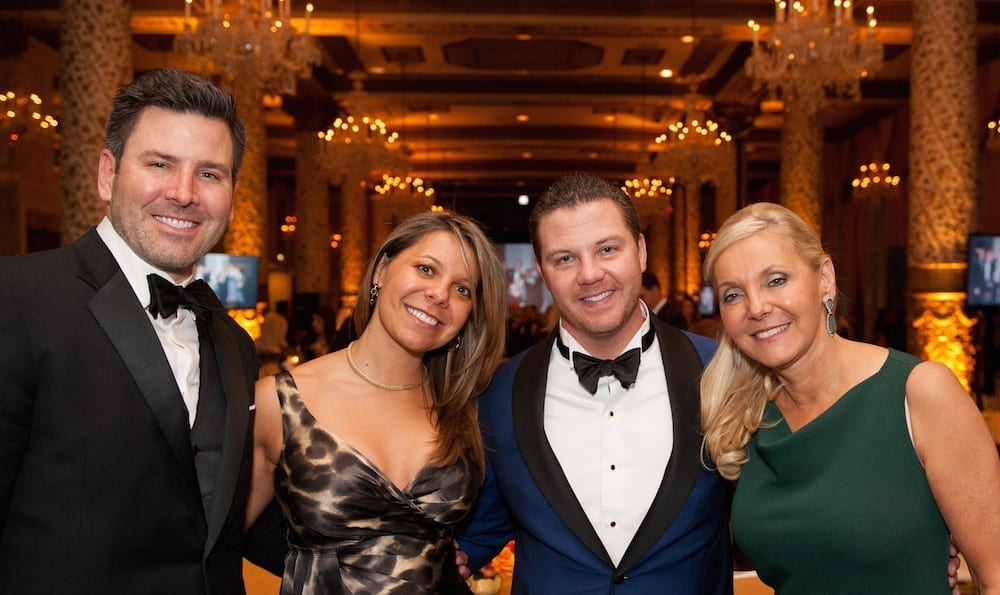 PAWS Chicago Fur Ball 2014 raised a record-breaking $1.6 million for the PAWS mission to rescue homeless animals from the threat of euthanasia and place them with loving families.

The prestigious Drake Hotel, exquisitely decorated with a 20-foot-tall Christmas tree and custom ice sculpture, was the ideal location for the black-tie gala where 750 animal enthusiasts showed up accompanied by a large and impressive assortment of virtually all dog breeds from the biggest Burmese Mountain dog to the smallest Yorkie, all of which had the chance to walk the red carpet in style, chow down at their own buffet, and enjoy luxurious spa pampering and pet-sitting services. Meanwhile, human guests enjoyed hors-d’ oeuvres, cocktails, glamorous photos on the red carpet, silent and live auctions, and raffles in the 1920s landmark hotel that once accommodated Princess Diana. A highlight of the night included an appearance by Billy Corgan, singer of The Smashing Pumpkins, who auctioned off an hour-long private concert with his band and raised $120,000 for the cause.

Photos by Sparenga Photography for the PAWS Chicago Fur Ball 2014

Aiding Paula in her efforts were co-Chairs Stephanie and Jake Henry and Anne Marie and Murray Peretz, along with Honorary Chairs were Janice and Philip Beck as well as corporate sponsors for the PAWS Chicago Fur Ball 2014.

Through events such the PAWS Chicago Fur Ball 2014 as well as the generous donations of animal lovers, PAWS Chicago is a leader in the no-kill movement and ever closer to ending the euthanization of homeless animals and making Chicago an even greater city for it.