A Fashion State of Grayse 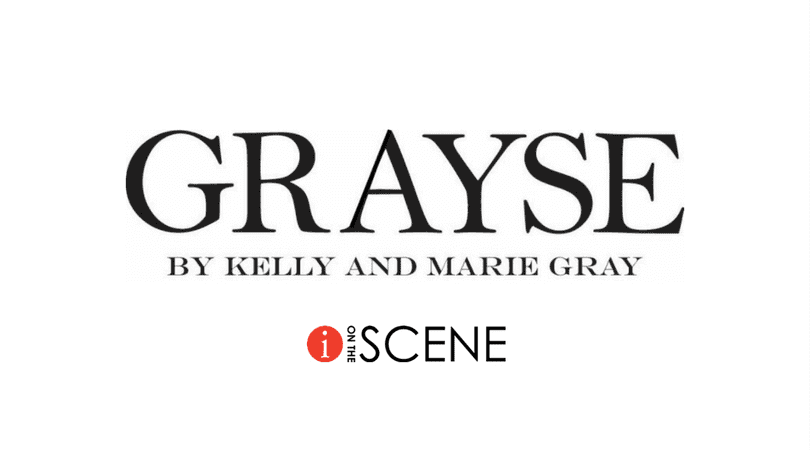 “Each piece is designed with attention to detail, carefully fitted to ensure the most flattering silhouette.” -Grayse

Former model and television show hostess, Marie Gray, co-founded the upscale and internationally known American fashion label, St. John (St. John Knits International Inc.). She recently extended that creative reach with a new collection, Grayse, that includes dresses, evening wear, and elegant leather jackets. It was created with her daughter, Kelly Gray, who will have the dual responsibility of modeling for the print ad campaigns. 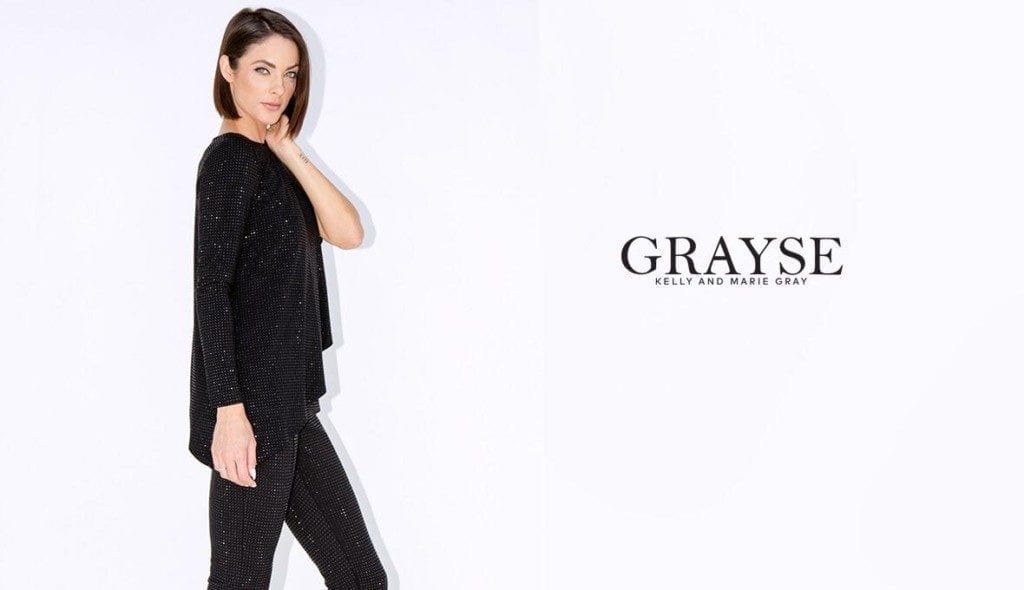 The mother-daughter partnership has resulted in beautiful, distinctive pieces. Most looks in the Grayse collection flow easily from day to evening. The creative duo also caught the attention of Neiman Marcus and Saks Fifth Avenue who picked up their debut Spring/Summer collection, with Bloomingdale’s joining the list of high-end retailers shortly thereafter. 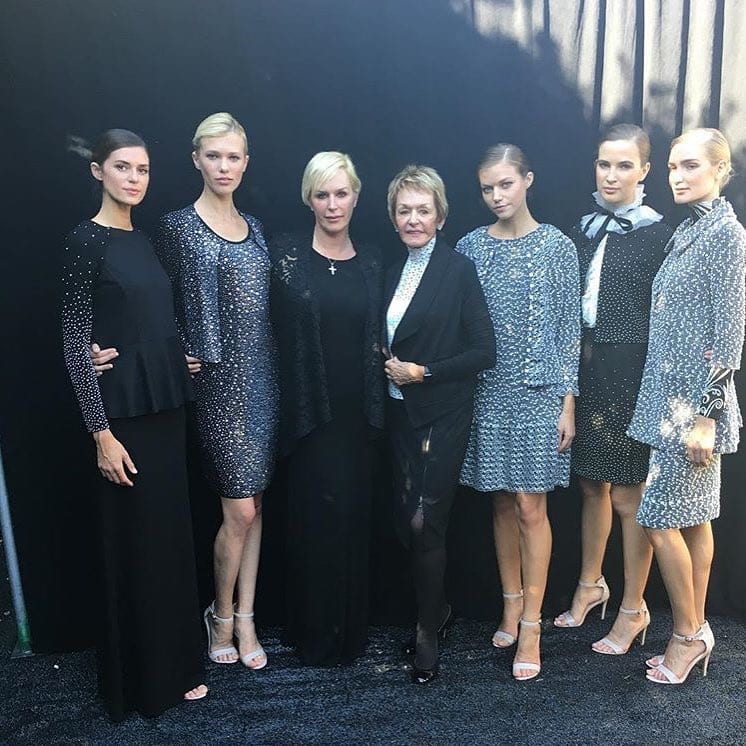 Although the Grays left St. John Knits in 2005 (after the company was purchased by a private equity firm) they would return later as creative consultants with Marie serving on the Board of Directors.

Marie Gray was born in Europe and raised in Canada. She became a successful model in Los Angeles which led to her involvement in fashion design. She is known for her dedication to producing quality pieces combined with timeless style. More than forty years later and she continues to be lauded, and in demand, by some of the most powerful women and fashion aficionados in the world.

Marie’s daughter, Kelly, grew up in the St. John family, modeling for the label in her teens and learning about the business side of fashion as she grew up. Before the age of 30 she would become the company’s creative director, quickly followed by taking over as CEO. Kelly is also responsible for launching Royal Underground, a clothing line for men, which she co-founded with Nikki Sixx of Motley Crue. The line was so successful they launched a women’s collection in 2007.

Grayse currently has three boutique locations in Newport Beach, Palm Desert and Westfield Topanga and they were most recently featured in Palm Springs Locale Magazine. 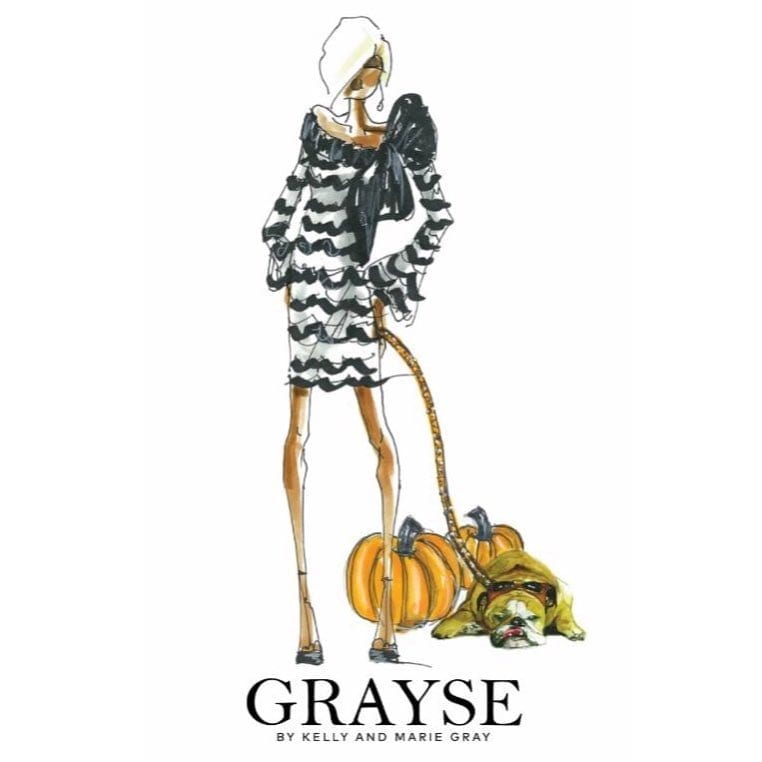 Their success has also allowed them the ability to continually give back to their communities. Most recently, both ladies came together with Michael and Nicole Botello and put together a benefit fundraiser for the families of two fallen Palm Springs officers: Jose Vega, father of eight, who had served as a police officer for 35 years and was set to retire in December; and, Leslie Zerebny, a 27-year old mother of one who had just returned from maternity leave. Both were victims of senseless violence. 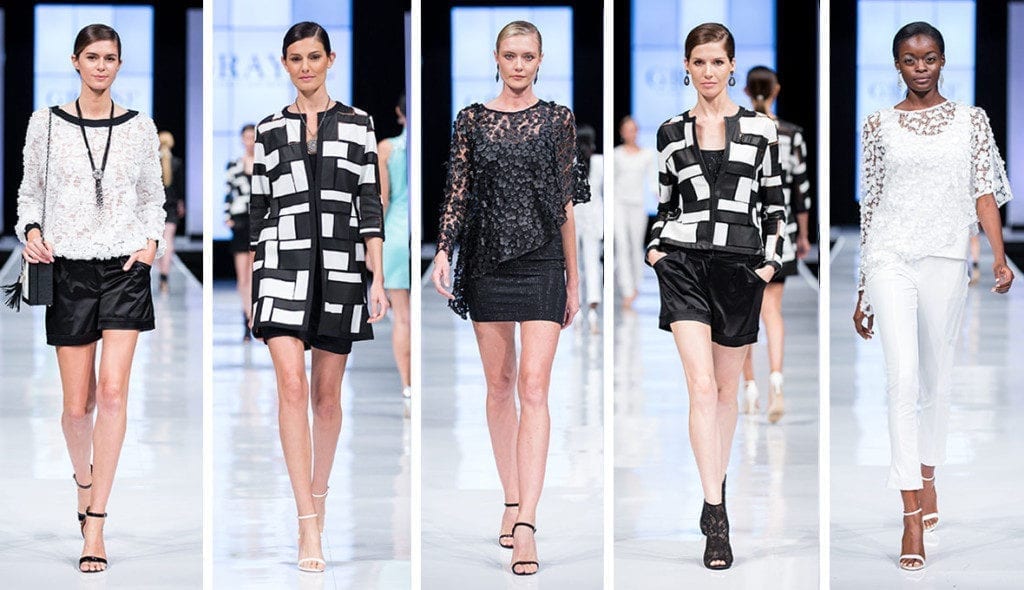 Please visit MKGrayse.com for more information on Marie and Kelly Gray and their latest collection.