Lindsey Graham : Farewell to Yet Another Candidate 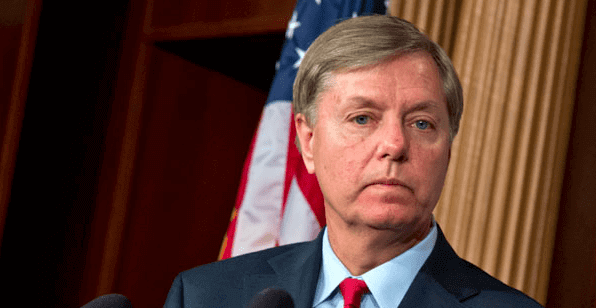 This week marks the departure of yet another contender for the Republican presidential nomination. Senator Lindsey Graham of South Carolina struggled from the very beginning to gain any traction, rarely polling better than one-percent and being perpetually relegated to the undercard debates.

Graham was always a long shot. His national profile was never hugely positive, and his persona was frequently shaped unkindly by the media. Perhaps the most famous such portrayal was John Stewart’s repeatedly caricaturing the senator as an Antebellum Southern belle. Yet despite these accusations of being a lightweight, or outright effeminate, his policy proposals were some of the most hawkish of the 2016 field.

While Senators Cruz and Paul have towed a rather anti-interventionist line with regard to Iraq and Syria, and while Bush and Rubio have lately begun to put the destruction of Islamic State at the forefront of their campaigns, Graham has made an aggressive intervention in the Middle East his first priority. At the start of the election cycle, this line did not go down particularly well with an electorate still weary of foreign adventures.

Yet in the wake of the terrorist attacks in Paris and San Bernardino, many Americans have woken up to what they perceive as a threat to their very doorstep. Perhaps the Graham campaign hoped in the wake of these tragedies that it could gain some small bit of traction and stay in the discussion. But no such bump was forthcoming, as Graham’s message was taken on board by the fiery and more bombastic candidates, such as frontrunner Donald Trump.

Graham’s sweeping foreign and defense policy knowledge were sorely missed on the main debate stage over the past several months, and it will be missed further still now that he is no longer running. America faces many grave foreign challenges. We need leaders who genuinely understand the intricacies of those challenges. While he was never going to win, Lindsey Graham had the rare distinction of bringing real policy knowledge to the table.