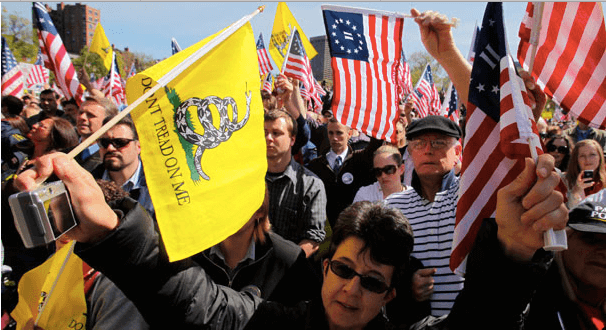 It’s hardly a secret that the Republican Party is at war with itself. Donald Trump’s astonishingly successful insurgent campaign has forced the party establishment into a state of virtual capitulation. Their last hope is that Marco Rubio, as the only moderate Republican still in serious contention, will somehow coalesce the support of the establishment wing fast enough to beat both Trump and the nearly as unpalatable firebrand Ted Cruz.

Alas for the party leadership, there may simply not be enough moderate and establishment power left in it.

Since the GOP took back control of the House of Representatives in 2010, it has been in a state of civil war. The Tea Party movement, which by most accounts was the cause of the stunning victory, was never comfortable with the Republican leadership. Optimistic commentators at the time thought that these arch-conservative activists would be absorbed into the Washington structure, the fire of their zeal quenched by minor concessions. This had been the case in the past for both parties when facing insurgent movements. Yet this time it did not work.

The Freedom Caucus, the congressional organization of these extreme conservatives, has refused to bend time and again. They have pushed the leadership to shut down the government, and even bagged the head of the last Speaker, John Boehner.

The simmering discontent of rank-and-file Republican voters has continued to empower the Freedom Caucus and terrify the establishment. RNC and other party chiefs have looked utterly powerless as the Tea Party, and its newest standard-bearer Trump has run rough-shod over the nominating process.

The reason for this failure to absorb the rogue elements is simple: they actively hate the Republican Party and what it stands for. It’s not a question of ideology. By and large, they share the same conservative ideology and differ on levels of vociferousness.

No, it’s not ideology. It’s the fact that these activists hate the party and politics. They seem to operate on the belief that everything about Washington, DC is corrupted. They see the Republicans and Democrats as essentially two sides of the same coin; both are part of an establishment that cares about itself and not the American people or the Constitution.

This is why the Republicans are having so much difficulty. They are essentially two parties that are mutually disdainful of each other. This isn’t a matter of disagreement over policy; it is an existential opposition. It is a civil war the party may not survive.