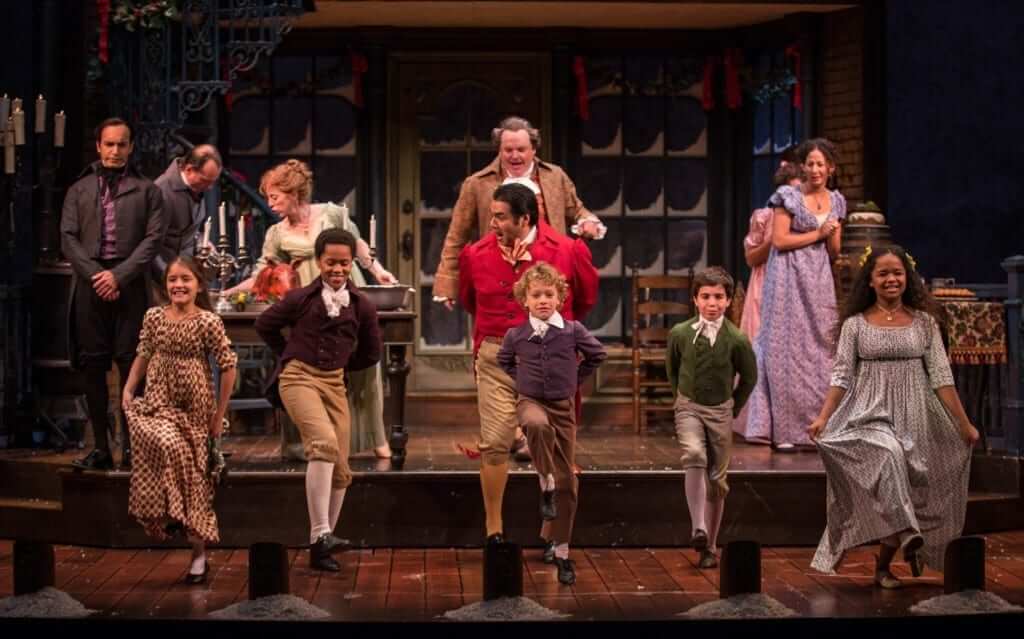 Goodman Theatre announces the lineup of its 14th annual New Stages Festival—a celebration and discovery of new work by some of the country’s finest established and emerging playwrights. Over the course of three weeks, the annual festival offers Chicago theatergoers a first look at eight new works, completely free-of-charge. The festival features three developmental productions (fully staged and performed in repertory), including: Lottery Day by Ike Holter, a new work that weaves together characters from Holter’s acclaimed previous plays Exit Strategy, Sender and more; Continuity by Bess Wohl, a comic look at a female director’s attempts to bring climate change to the forefront of a Hollywood blockbuster; and Twilight Bowl by Rebecca Gilman, a tender look at two young women facing very different futures. Four staged readings appear during the final weekend of the festival (“Professionals Weekend”), including: Eden Prairie, 1971 by Mat Smart, the story of a young draft-dodger returning home; How to Catch Creation by Christina Anderson, an ode to the art of creating; The Untranslatable Secrets of Nikki Corona by José Rivera, a supernatural tale of a woman’s attempt to communicate with her deceased twin; and We’re Only Alive For a Short Amount of Time by David Cale, a musical reflection of the playwright’s childhood. Plus a sneak peek at an immersive work-in-progress—POSTNATION conceived by Mikhael Tara Garver, an exploration of immigrants’ roles in the creation of the U.S. Postal Service.

“Each year the New Stages Festival offers us the opportunity to work with some of the most inventive and insightful storytellers working in the theater today. I’m thrilled to share this exciting lineup of new plays with Chicago audiences,” said Tanya Palmer, Director of New Play Development. “From a backyard in Chicago to a small town bowling alley in rural Wisconsin to a windswept movie set in the New Mexico desert, this year’s plays invite us into the lives of characters struggling to make change–large and small–that will make a lasting impact on a world desperately in need of transformation.”

Since New Stages’ 2004 inception, more than 70 plays have been produced as a developmental production or staged reading. Nearly half of these plays were authored by playwrights of color and/or authored by female playwrights. More than one-third of all plays developed in New Stages have received a world premiere production at the Goodman or another leading U.S. theater. The Goodman’s upcoming season features the world premiere of Ellen Fairey’s Support Group for Men, which originated in New Stages in 2016. The Goodman’s 2016/2017 Season also featured acclaimed works that began at the festival: The Magic Play by Andrew Hinderaker, King of the Yees by Lauren Yee and Objects in the Mirror by Charles Smith.

About the 2017 New Stages Festival Lineup

In his latest play, award-winning Chicago playwright Ike Holter weaves together characters from past works including Exit Strategy,  Sender, The Wolf at the End of the Block, and Prowess, to create a new story about the cost of belonging and the gift of community.

After an act of violence robbed her of family, Mallory created a new one by opening the doors of her rambling home, located in a quickly gentrifying neighborhood, to a wild array of lonely neighbors, hardcore activists, and starving artists. Tonight she is determined to banish the ghosts of her past by throwing a raging party and all of her new family is invited. This is a holiday of her own invention–Lottery Day–and anyone could win but everyone has something to lose.

Bess Wohl’s startlingly funny new play examines what is worth saving and what isn’t—especially when we’re facing the end of the world.

On a soundstage in a New Mexico desert meant to look like a melting ice sheet in Greenland, things are running just a bit behind schedule. As an over-qualified-but-under-recognized director, Maria tries to salvage her big-budget thriller about climate change and eco-terrorism, her cast, and screenwriter waste precious minutes of daylight with mistakes and behind-the-scenes drama.

In her latest play, Goodman artistic associate Rebecca Gilman depicts six young women about to embark on their adult lives. But how do they—or we—define success?

Cousins Sam and Jaycee grew up together in a small Wisconsin town. Sam, who sharpened her bowling skills at the local alley, is now heading to college on scholarship. But Jaycee’s future isn’t looking so bright. As young women and their friends face adulthood, the alley becomes a place to celebrate, mourn, and forge new identities. But can their bonds survive as their paths diverge? And is success always earned, or is it sometimes a matter of luck? 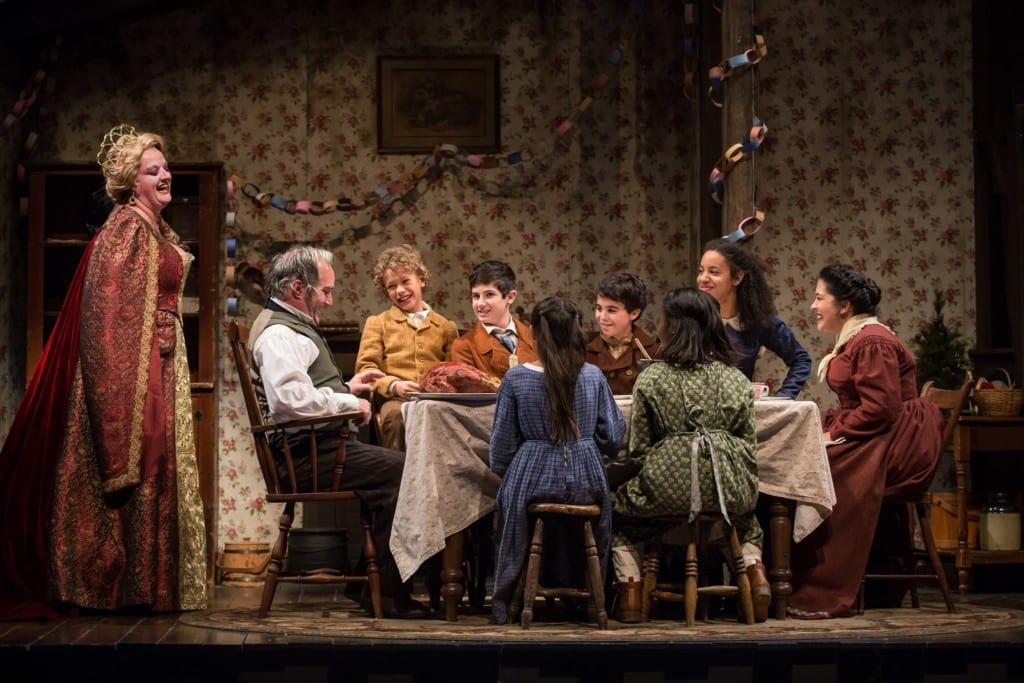 How to Catch Creation

In the mid-1960s, a black, queer, feminist writer’s life is changed when her girlfriend tells her some unexpected news. Fifty years later, the reverberations of that moment still echo in the lives of four individuals in the rapidly changing city of San Francisco. Christina Anderson’s stunning and complex examination of the universal act of creation—the creation of life, of family, of art—spans space and time to inspire a new generation of makers and lovers.

On the night Apollo 15 lands on the moon, a draft dodger steals home to Eden Prairie, Minnesota from Canada. He risks arrest to deliver a message to a young woman from his high school class. This beautifully etched play challenges notions of our own bravery and the true cost of freedom.

A Preview Presentation of an Immersive Work-in-Progress, Friday, October 6 at 4:30 pm

Immersive theater artist Mikhael Tara Garver will present sections from her work-in-progress, POSTNATION. This community-engaged site-specific commission explores the U.S. postal system—which was built prior to the creation of the federal government and grew in response to immigration and migration movements—to explore the intersecting languages and cultures of Chicago. POSTNATION asks the question: How do we continue to take leaps of faith in a system we see as broken?

The Untranslatable Secrets of Nikki Corona

Written and Directed by José Rivera

A Staged Reading: Saturday, October 7 at 10 am

When Nikki’s twin sister Abril commits suicide, Nikki wishes she could tell Abril just one more thing. She seeks guidance from an organization that arranges for dying people to carry messages to the already dead—satisfaction not guaranteed. Nikki’s messenger, Orlando, promises to try to find Abril, but he has no idea what awaits him once he succumbs to cancer. Whimsical and grotesque, The Untranslatable Secrets of Nikki Coronaexamines grief, regret and our unflagging hope for meaning in our lifetimes—and beyond.

We’re Only Alive For a Short Amount of Time

Written and Performed by David Cale

Growing up in an ugly English industrial town, writer and performer David Cale escaped the volatility of his parents’ marriage by singing Petula Clark songs and tending to the tropical birds in the bird and animal hospital he built in a garden shed – until a violent act changed everything. Weaving together original songs and achingly beautiful writing, Cale embodies this vivid tale about learning to live when death is suddenly everywhere. 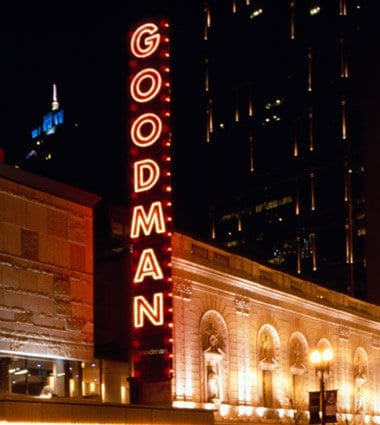 America’s “Best Regional Theatre” (Time magazine) and “Chicago’s flagship resident stage” (Chicago Tribune), Goodman Theatre is a not-for-profit organization distinguished by the quality and scope of its artistic programming and civic engagement. Founded in 1925, the Goodman is led by Robert Falls—“Chicago’s most essential director” (Chicago Tribune), who marks 30 years as Artistic Director this season—and Executive Director Roche Schulfer, who is celebrated for his vision and leadership over nearly four decades. Dedicated to new plays, reimagined classics and large-scale musical theater work, Goodman Theatre artists and productions have earned hundreds of awards for artistic excellence, including two Pulitzer Prizes, 22 Tony Awards, nearly 160 Jeff Awards and more. Over the past three decades, audiences have experienced more than 150 world or American premieres, 30 major musical productions, as well as nationally and internationally celebrated productions of classic works (including Falls’ productions of Death of a Salesman, Long Day’s Journey into Night, King Lear and The Iceman Cometh, many in collaboration with actor Brian Dennehy). In addition, Goodman is the first theater in the world to produce all 10 plays in August Wilson’s “American Century Cycle.” For nearly four decades, the annual holiday tradition of A Christmas Carol has created a new generation of theatergoers.

The 2016 opening of the Alice Rapoport Center for Education and Engagement (“the Alice”) launched the next phase in the Goodman’s decades-long commitment as an art and community organization dedicated to educating Chicago youth and promoting lifelong learning. Programs are offered year-round and free of charge. Eighty-five percent of Goodman’s youth program participants come from underserved communities.

Goodman Theatre was founded by William O. Goodman and his family in honor of their son Kenneth, an important figure in Chicago’s cultural renaissance in the early 1900s. The Goodman family’s legacy lives on through the continued work and dedication of Kenneth’s family, including Albert Ivar Goodman, who with his late mother, Edith-Marie Appleton, contributed the necessary funds for the creation of the new Goodman center in 2000.