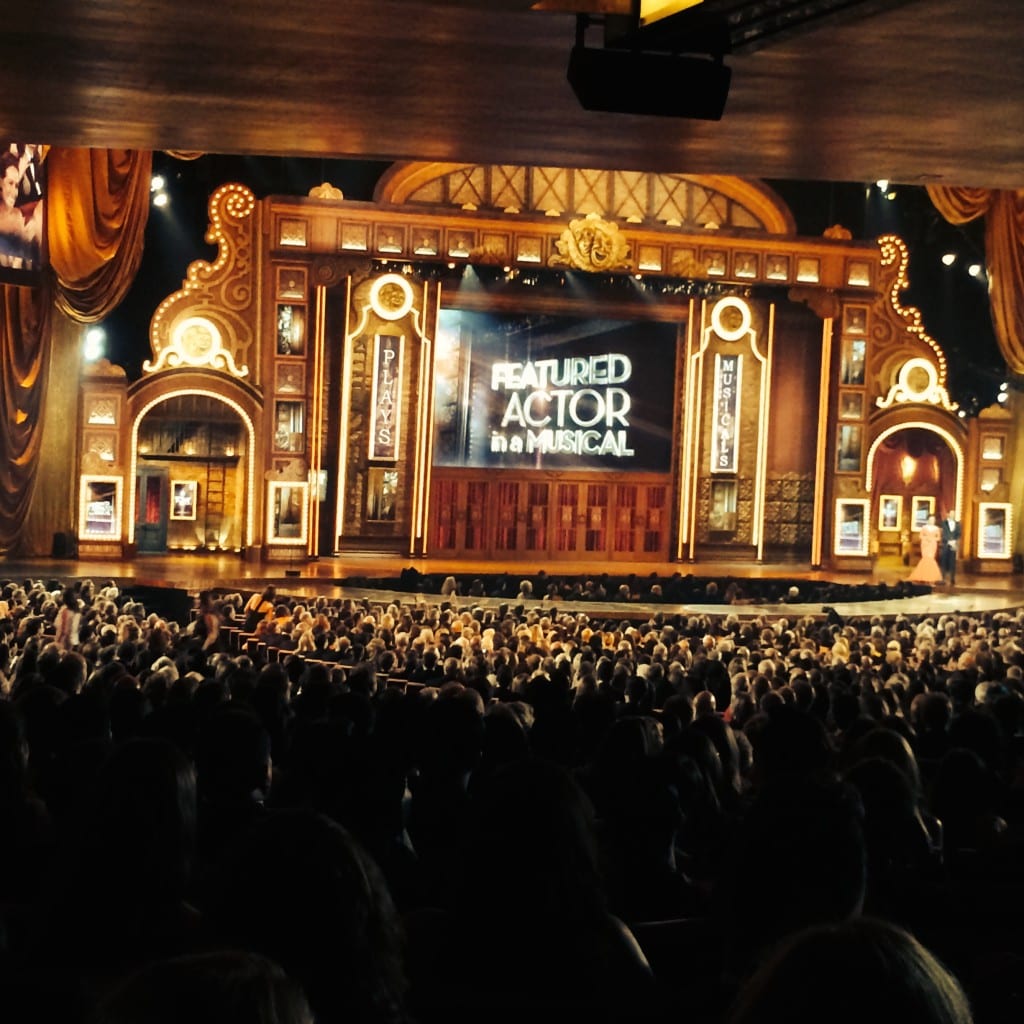 At the 68th Annual Tony Awards the world of entertainment turned its attention to Broadway during its premiere night showcasing the best of all talent; from actors and actresses to directors, choreographers, etc. Radio City Music Hall was the prestigious setting where the 2014 Annual Tony Awards took place, and once again Broadway exceeded expectations in front of a packed house of enthusiastic fans and millions of well-wishers across the U.S. and around the world…

Originally known as the Antoinette Perry Awards, this event determines its winners from a group of 800 voters, typically comprised of directors, producers, and actors. Unlike Tonys ceremonies of recent years, this particular awards show contained elements of surprise- the competition for best play revival or best actress in a play or musical had several strong contenders, instead of just one obvious choice.

In the spotlight on this special evening was “A Gentleman’s Guide to Love and Murder” which walked away with four Tony awards, including best musical, best director, and best book of a musical. Overcoming numerous obstacles, (ranging from low ticket sales and tourist appeal) this entertaining production narrowly edged out the popular “Beautiful- the Carole King Musical” starring Jessie Mueller in the title role. Raised in Evanston, (in a theater family) and debuting on Broadway only two short years ago, Jessie Mueller garnered the elite best actress in a leading role in a musical and even performed a duet during the show with Carole King.

Capturing a record sixth Tony award (one in every category she is qualified for) was Audra McDonald, winning a much – deserved Tony for best actress in a leading role for a play for “Lady Day at Emerson’s Bar and Grill.”

Keeping the Broadway crowd well entertained throughout the entire evening was none other than Hugh Jackman, who delivered a lively dance routine with the cast of After Midnight during the opening number of the awards show. Jackman was unfairly compared to Neil Patrick Harris, (a four year veteran host of the Tonys) who incidentally won a Tony award for best leading actor in a musical for his remarkable performance in “Hedwig and the Angry Inch,” which also happened to be a winner for best revival of a musical.

Achieving top honors on Broadway’s golden night were Chicago’s very own Arny Granat and Steve Traxler of Jam Theatricals, who received a Tony for their play “All The Way”. Bryan Cranston lit up the stage in the starring role as former President Lyndon B. Johnson, as Jam brought home a Tony for “Best New Play” while Cranston was awarded for Best Performance by an Actor in a Leading Role.

Congratulations to the Broadway League, the American Theater Wing, along with Executive Producers Rich Kirschner and Glenn Weiss of White Cherry Entertainment for a spectacular presentation that followed in the stellar footsteps of the previous 67 Tony Awards shows.