Bilderberg: The Most Important Event You’ve Never Heard Of 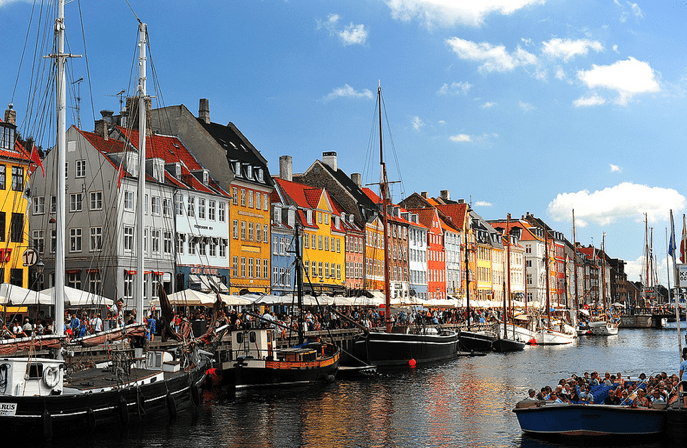 The Bilderberg Group met in Copenhagen, Denmark from May 29th to June 1st to discuss matters of global import. Named after the Hotel Bilderberg where the first conference was held in 1954, Bilderberg has held meetings every year since then between many of the world’s top political, economic, and business leaders.

Yet, thanks to a culture of deep secrecy, very few people know much about Bilderberg or its objectives. This has led to a great deal of speculation, and quite a few conspiracy theories. It is important to separate myth from reality in order to understand Bilderberg because it is one of the western world’s most significant political meetings.

So what is Bilderberg, and what are they talking about this year? Here are the five things you need to know:

1. It’s the Talking Shop of the Global Elite

Bilderberg is, at its core, a gathering of the major players in the world of politics and business. The stated aim is to provide a mostly informal setting away from the prying eyes of the press to discuss some of the issues facing the world that demand international attention. It is a talking shop, a place where leaders can hob-nob and share ideas. Technically a private event, invitations are presented on an individual basis. In other words, attendees do not go to Bilderberg as representatives of their governments or businesses, but as private individuals. This procedure has raised some eyebrows since it is deeply questionable whether our elected leaders should be attending conferences with their international counterparts without any sort of oversight. There is also the risk of business leaders lobbying politicians, given their privileged access during the conference.

Every year Bilderberg sets an agenda concerning issues of note. Frequent subjects have been global security and economic integration. According to public statements by the group’s steering committee, Bilderberg 2014 was focused on privacy and government transparency. This is, of course, a serious issue currently being faced across the world, with the internet and other forms of media making private citizens’ lives far more public, data more readily available, and the potential for abuse all the greater. Recent scandals, such as the Edward Snowden leaks, have likewise raised concerns over privacy and the need for international cooperation on enforcing standards.

This year, as every year, features a star-studded guest list. From the United States, General Keith Alexander, former head of the N.S.A., and Marie-Josee Kravis of the New York Fed, and her billionaire husband Henry Kravis, are among the guests. Christine LaGarde, head of the I.M.F., George Osborne, British Chancellor of the Exchequer, and many other major European leaders also attended. The sheer amount of wealth and power gathered in one place must necessarily be a cause for concern. Yet, no one seems to pay it much attention.

4. The Proceedings are Kept Totally Secret

A common question people ask when they hear about what Bilderberg is and the sorts of people who attend it are: “If it’s so important, why the hell haven’t I heard of it?”. The answer is simple: the organizers and attendees work very hard to keep the event secret. In fact, the only reason we have a general agenda and guest list is that independent journalists have been scrutinizing them for years. It seems like a bit of a no-brainer that any gathering of the most important elected and appointed officials who govern the lives of the citizens of the Western world with top business and economic leaders would demand extreme scrutiny. Yet much of the mainstream media has for decades only casually observed the event. It is that secrecy that is perhaps most worrying about the Bilderberg Conference. If our political and corporate leaders meet without any sort of oversight, how can we hold them accountable?

3. Despite the Conspiracy Theories, Bilderberg is not that Sinister

The wealth, power, and secrecy of Bilderberg blend into an irresistible cocktail to the conspiracy-minded. Some people have tried to claim that Bilderberg is some sort of shadow government that secretly runs the world. These rumors have little foundation outside the fevered imaginations of a few fringe observers. That does not mean there is no cause for concern. Human beings are corruptible, politicians even more so. The presence of moneyed interests and powerful individuals all gathered together for a secret conference presents a potential temptation. As private citizens, we have very limited power, and thus must always be wary when those who would lead us choose to keep us in the dark.