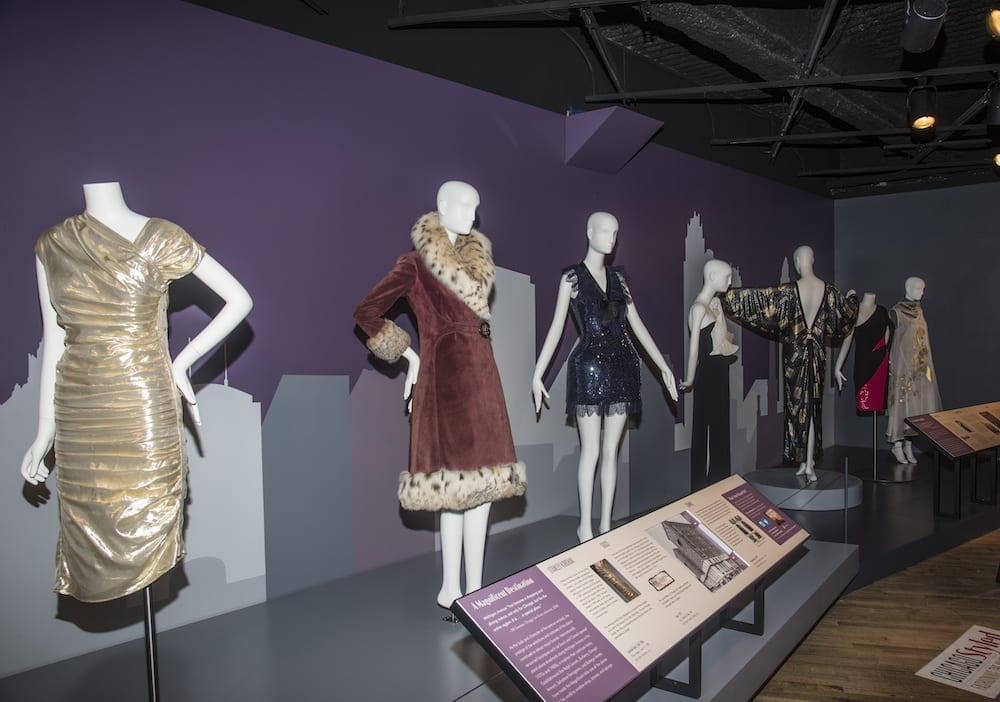 The Chicago History Museum has carried on an impressive tradition which has been proudly supported over the last four decades with the establishment of the Costume Council.

Created in 1974, the Costume Council has been a valuable resource for focusing on our city’s history and people by presenting significant garments collected since the mid-’70s.

This is the theme of a new exhibit entitled “Chicago Styled: Fashioning the Magnificent Mile,” which features the designs we Chicagoans were excited to wear over the last 40 years.

The purpose of the Costume Council is to “support the Chicago History Museum as a leader in the documentation and interpretation of the history and art of costume.” In honor of this glamorous, upcoming exhibit, the Costume Council celebrated in style with the Costume Ball. This special event was attended by 300 fashionistas and highlighted by an extravagant dinner, followed by dancing to the delightful sounds of the Stanley Paul Orchestra.  Guests were treated to mouthwatering Eli’s Cheesecake desserts, served in a beautiful, heated tent complete with chandeliers.

“Chicago Styled” spotlights “the development of North Michigan Ave. into one of the country’s most recognized and renowned destinations for upscale retail.”  Designers featured in this unique exhibition include Chanel, Gianni Versace, Adolfo, and Norman Norell, not to mention certain significant individuals who were sporting these fabulous fabrics.

The Costume Council has no doubt left an unmistakable, significant imprint upon the Chicago History Museum, reflecting the extraordinary fashion culture of North Michigan Avenue which will be acknowledged for decades to come.