Donald Trump : The Powerlessness of an Independent President 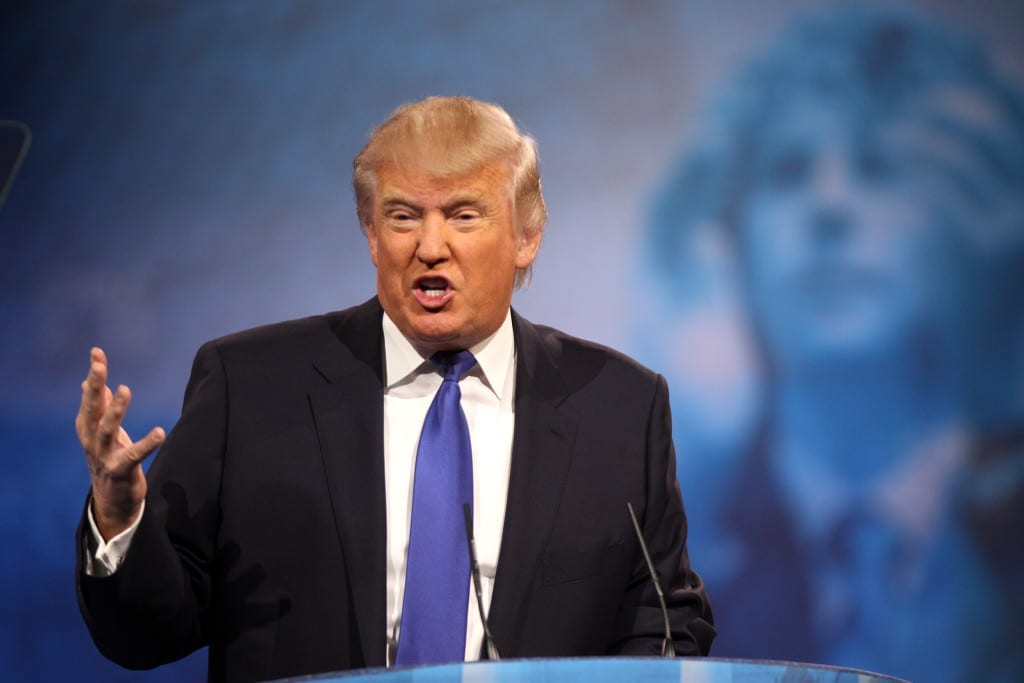 Defying all expectations (including my own), Donald Trump remains the Republican frontrunner as we enter the final stretch to the early primary polls. The smart money still bets he’ll lose in the end, as the weaker candidates are winnowed away and voters in the “undecided” column make their decisions. It is expected that these erstwhile supporters of fallen candidates and so-far undecided voters will break disproportionately against Donald Trump and toward a safer and more conventional candidate.

But let us assume for a moment that this doesn’t happen and that Donald Trump actually wins. And assume further that he somehow manages to beat the Democratic candidate (at this point almost certainly Hillary Clinton). What would a President Trump be like?

Lots of ink has been spilled on that question, with a multitude of voices weighing in on his personality, experience, management ability, and more. But another, perhaps more fundamental issue has not been thoroughly addressed: What it would be like to have a president without a political party.

Sure, Trump is running as a Republican. But he is reviled by that party’s leadership nearly as much as he is by the Democrats. Incumbent Republican legislators seem near-universally terrified of the prospect of a Trump Presidency. The GOP has already sent out a memo to Senate candidates with advice on how to distance themselves from Trump’s, particularly divisive rhetoric. Hardly a solid start for a Doonal Trump administration’s relationship with his own congressional delegation.

The supreme distrust between the Republicans in Congress and Donald Trump would not likely disappear if he were to become president. If anything, Trump’s tendency to use strong-arm tactics, evidenced most recently by his attempt to extort cash out of CNN for his next debate appearance, would further alienate a congressional leadership that is desperately seeking to keep the lid on internal dissent.

Some might hail this as an improvement. Donald Trump, unshackled from party loyalty could act in the interest of those who voted for him. Perhaps he could leverage both parties to achieve his ends.

Yet the reality is that electing Trump as president is to elect a man without a party or power base in Washington, DC. The last time something like that happened was in 1841 when John Tyler succeeded to the Presidency after William Henry Harrison’s untimely death. He had run as a vice-presidential candidate who could bring the South into the now-defunct Whig Party’s coalition. Tyler was never comfortable with the party’s policies, and he swiftly alienated himself from its leaders. The Democrats likewise viewed him as a turncoat and would not deal with him. The result was a President with no base of support in Congress, and thus no real way to push his agenda forward.

As much as the popular imagination likes to envision the president as capable of doing much more than they actually can. It is true that successive administrations have succeeded in expanding executive power, with the past two makings especially free use of executive orders to get around congressional opposition. But this strategy can only go so far.

Trump could very well find himself isolated in Washington, just as Tyler was. Unwilling (or perhaps unable) to compromise, he would likely be stuck resorting to the executive muscle to promote his agenda. But that is exactly the sort of evasion of congressional oversight that has earned President Obama the most intense hatred of the political right. Donald Trump would then face a choice between being effectively powerless or alienating the rabid base that paved his way through the election. Either way, Donald Trump would find that the power he seeks continues to elude him.

Donald Trump might be better off hoping to lose. Winning could prove a far more painful proposition for him.