February 26, 2012 in Art, Chicago, Culture & Entertainment, I On Luxury Lifestyle 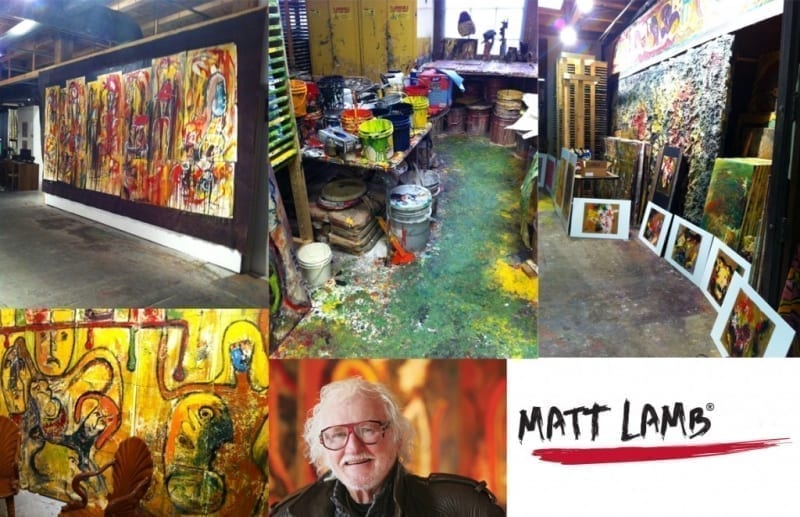 Love, Peace, and Matt Lamb Forever – The legacy of a brilliant artist was honored Sunday night at the River East Art Gallery (Matt Lamb Museum) as hundreds of friends, family, and dignitaries gathered- some from as far away as Spain, Germany, and the U.K. Recapturing a lifetime of achievements (artistic and otherwise) is not an easy task; yet the family of Matt Lamb did a terrific job in accomplishing this.

He once told me as he gave me a personal guided tour (around his near-west side studio) that there is essentially a physical world and spiritual world, and he credits his achievements in artwork to being in tune with spirituality.

Initiated after the attacks on Sept. 11th, 2001, Matt turned a common, ordinary object (an umbrella) into an international symbol of peace, hope, and love. This instrument became an emotional outlet for children and adults in 39 different countries around the world.

The day of remembrance began with a public visitation (from 1:00 – 5:45 PM), then the crowd gathered in the center court area. Reverend Dr. Kevin M. Ulmot from the First Church of the Nazarene (Nashville, TN) and local Reverend Joseph Mulcrone (Archdiocese of Chicago) addressed the crowd, followed by eulogies from Sheila Lamb, Rose Lamb, and Rose Elise Gabler, (among others).

Everyone then took part in a toast and a video presentation of Matt’s life was accompanied by two songs: Pink Floyd’s “The Wall” and “Losing My Religion” by R.E.M. A spontaneous parade commenced by a band loudly playing Matt’s favorite song “When the Saints Go Marchin’ In” as his casket was carried out of the building and placed in a hearse. A pair of fire trucks (with lights flashing) proudly held our U.S. flag high above the street as the hearse drove away, leaving me with a feeling unlike any other …. and the saints must’ve been marching when Matt arrived.

A funeral mass was held at St. Margaret of Scotland Church (99th & Throop St.) on Monday and interment followed at St. James at the Sag Bridge in Lemont. The kingdom of heaven gained a new, significant soul on Feb. 18th; so the next time you’re out in a storm and it doesn’t seem to be raining on you, it must be Matt Lamb holding an umbrella for you from up above !!